DENVER(CBS)- Our current weather pattern is bringing in a one, two punch for heavy mountain snow into Colorado. The big player is an "Atmospheric River" of moisture caught in the jet stream rolling under a large Pacific trough of low pressure. 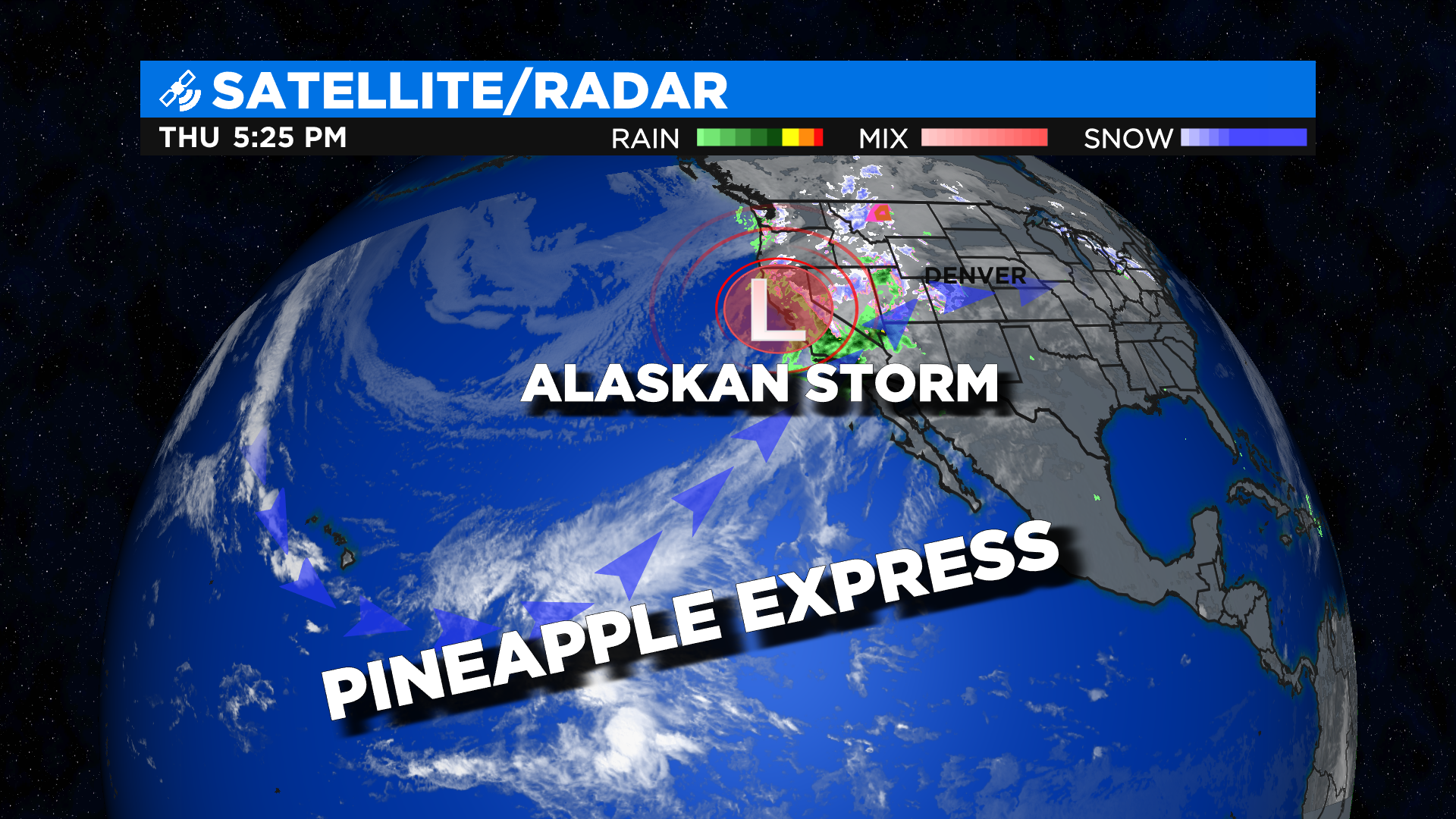 This flow is rolling right over Hawaii straight into California. When this happens it is also sometimes referred to as the "Pineapple Express"! This can bring tons of moisture into our state. That alone would be enough for heavy snow. But, this river is also, teaming up with an Alaskan storm that has been dropping south along the west coast. Hence, the double whammy hitting the Rockies thru Christmas morning.

Many mountain areas are still expecting one to two feet of snow thru the day on Friday. Including Rocky Mountain National Park over into the Rabbit Ears area and beyond. Summit County into Winter Park is looking at 6 to 14 inches of snow. With 50 to 60 mph winds included driving through the high country can be very dangerous Thursday night into Friday morning.

The Warnings and Advisories extend south into the San Juan mountains and a few areas of the Sangre De Cristo mountains.

With the heavy, wind driven snow expected there will be weak slabs of heavy snow created on several backcountry slopes with this storm. As a result, an Avalanche Watch has been posted for the northern, central and southwest avalanche zones of the Colorado mountains.

The Denver metro area, suburbs and northern plains have a chance of a few isolated rain showers off and on thru Friday. With the best chance occurring in the afternoon with the passage of the cold front pushing through.