(CBS4/AP) -- Congressman Ken Buck (R-CO) is demanding an investigation into the Netflix movie "Cuties," saying it "creates an environment that encourages the exploitation of children."

Netflix said in a statement that the movie itself is a "social commentary against the sexualization of young children."

The French independent film "Mignonnes," or "Cuties," is about an 11-year-old Senegalese immigrant named Amy (Fathia Youssouf) who is living in an impoverished Paris suburb with her observant Muslim family. She becomes fascinated with a clique of rebellious girls at her middle school who choreograph dance routines and wear crop tops and heels. They talk about Kim Kardashian and diets, practice "twerking" and giggle about boys and sex-related things that they don't yet understand.

The campaign against the film includes calls for the Department of Justice to investigate it and calls for subscribers to cancel their Netflix accounts.

In a letter to the U.S. Attorney General, Rep. Buck states that the film "creates an environment where the sexual abuse and exploitation of children by pedophiles is normalized." 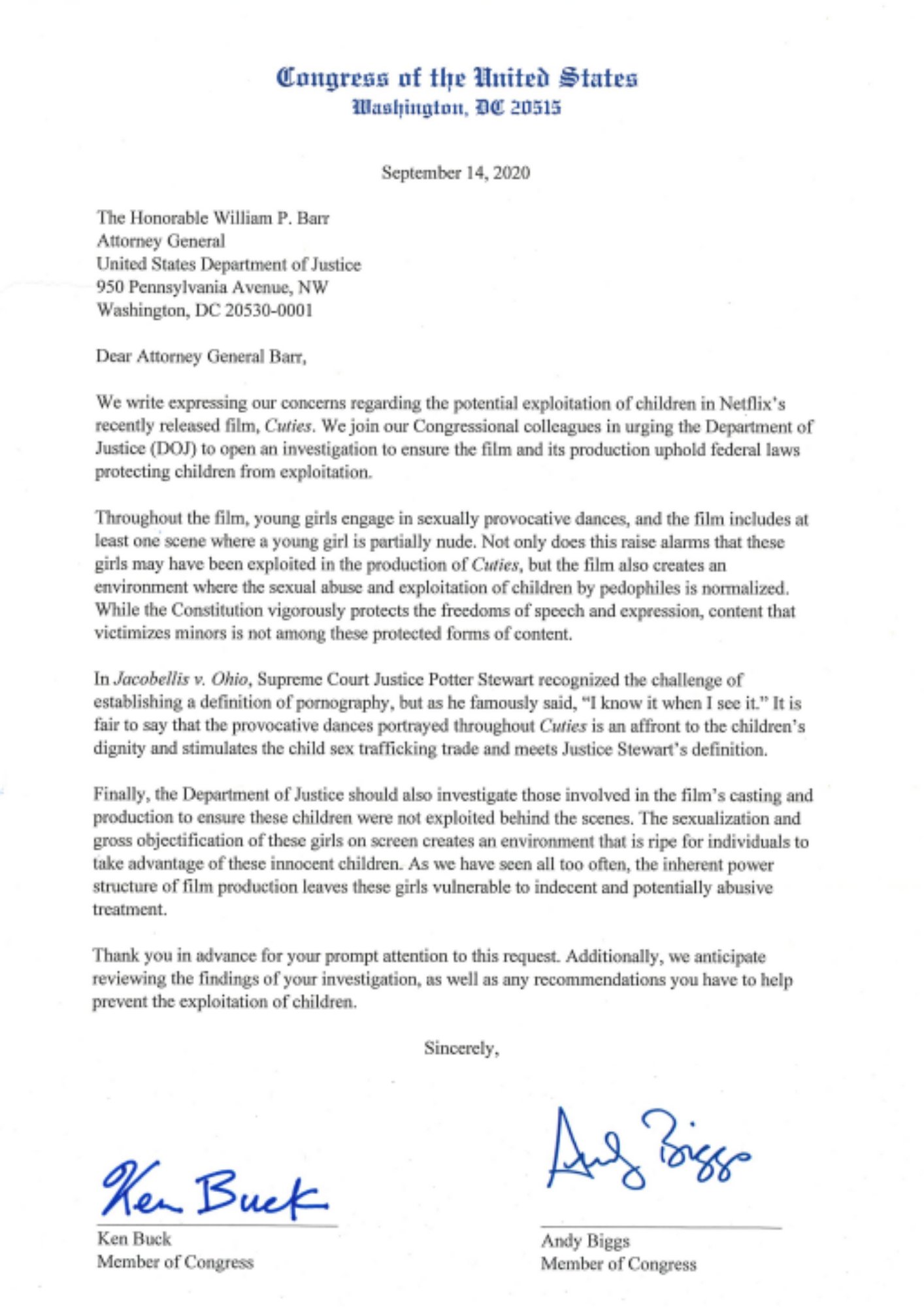 More than 650,000 accounts have signed a Change.org petition calling on users to cancel their Netflix accounts over the film.

But this time Netflix is not apologizing.

"It's an award-winning film and a powerful story about the pressure young girls face on social media and from society more generally growing up — and we'd encourage anyone who cares about these important issues to watch the movie," a Netflix spokesperson said in a statement.