WESTMINSTER, Colo. (CBS4)- A father is recovering in the hospital after trying to stop a man from stealing his wife's car with his 9-year-old daughter inside.

Police in Westminster were searching for Bruce Arnold Allee when police in Thornton responded to a shooting in Thornton at 88th and Corona on Friday afternoon.

The U.S. Marshalls and the Colorado Bureau of Investigations says Allee died in that shooting.

Investigators say Allee, 31, attempted to carjack a car in the 13200 block of Wyandot Street in Westminster about 7:20 a.m. on Friday.

The female and her 9-year-old daughter were getting ready to leave for the morning. The girl was able to escape the car unharmed.

The woman alerted her husband and when he came out to the garage, the suspect fired several rounds, striking the homeowner. 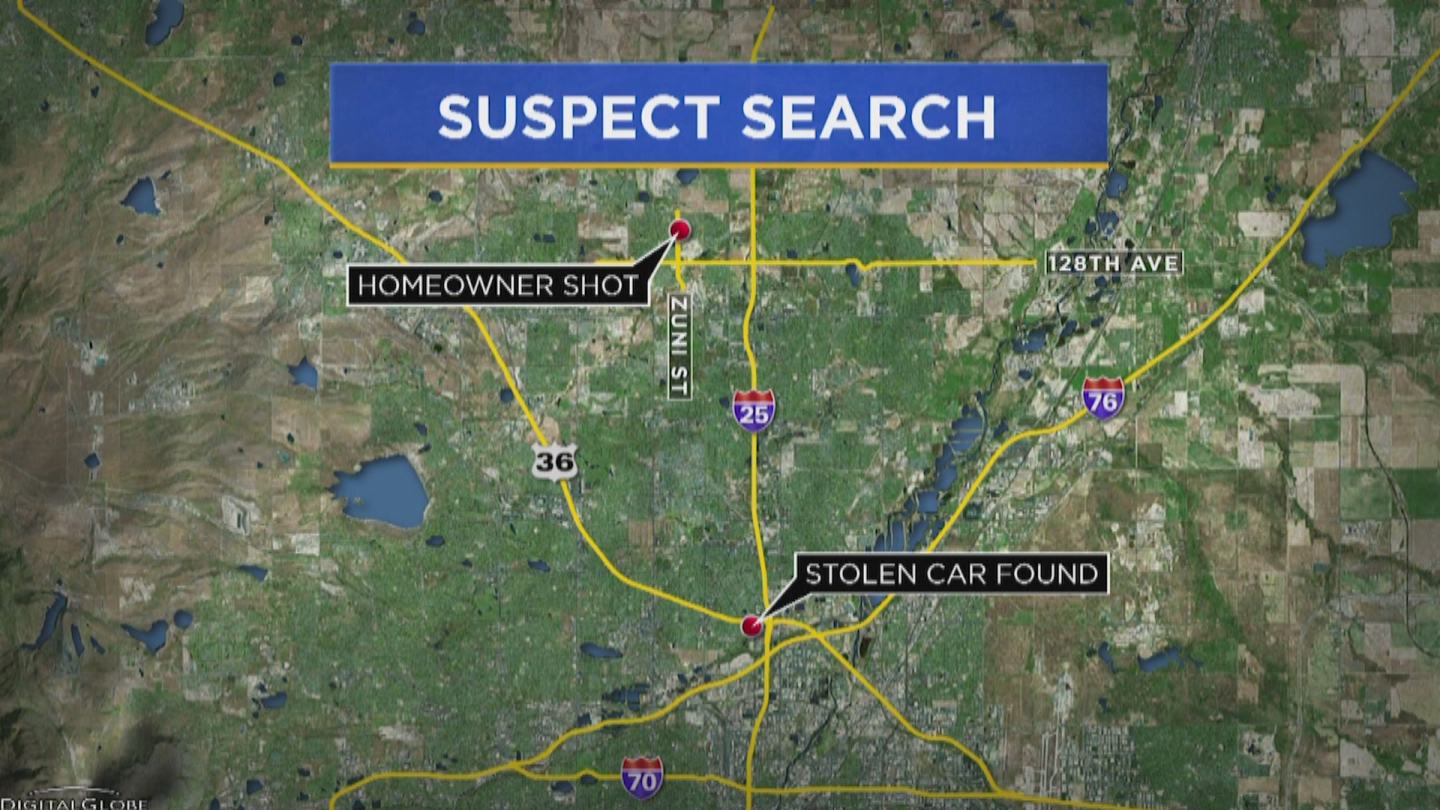 "It's pretty concerning because we live in a real nice neighborhood," said a neighbor.

The homeowner was rushed to the hospital. He is expected to survive his injuries.

The car from that carjacking, a silver Toyota Camry, was recovered in the area of 70th Avenue and Broadway.

"It's getting dangerous," said Lourdes Acevedo, who owns a business in the shopping center.

Heavily armed officers guarded the car, drove through streets and walked the canal with canines searching for the dangerous suspect in an area where Acevedo said crime was increasing.

"There has to be something done," Acevedo said.

Authorities said Allee also stole a food truck on Tuesday, after flashing a gun at a state trooper in Berthoud.