FLEMING, Colo. (CBS4)- A brush fire, fueled by strong winds, burned about 30,000 acres on the Eastern Plains. The blaze was 50 percent contained just before 8 p.m. Monday.

Firefighters planned to work overnight into Tuesday to try to contain the fire.

A total of 900 notifications went out to residents east of Logan County Road 49 which includes the town of Fleming, Fleming School and Caliche School early Monday afternoon. 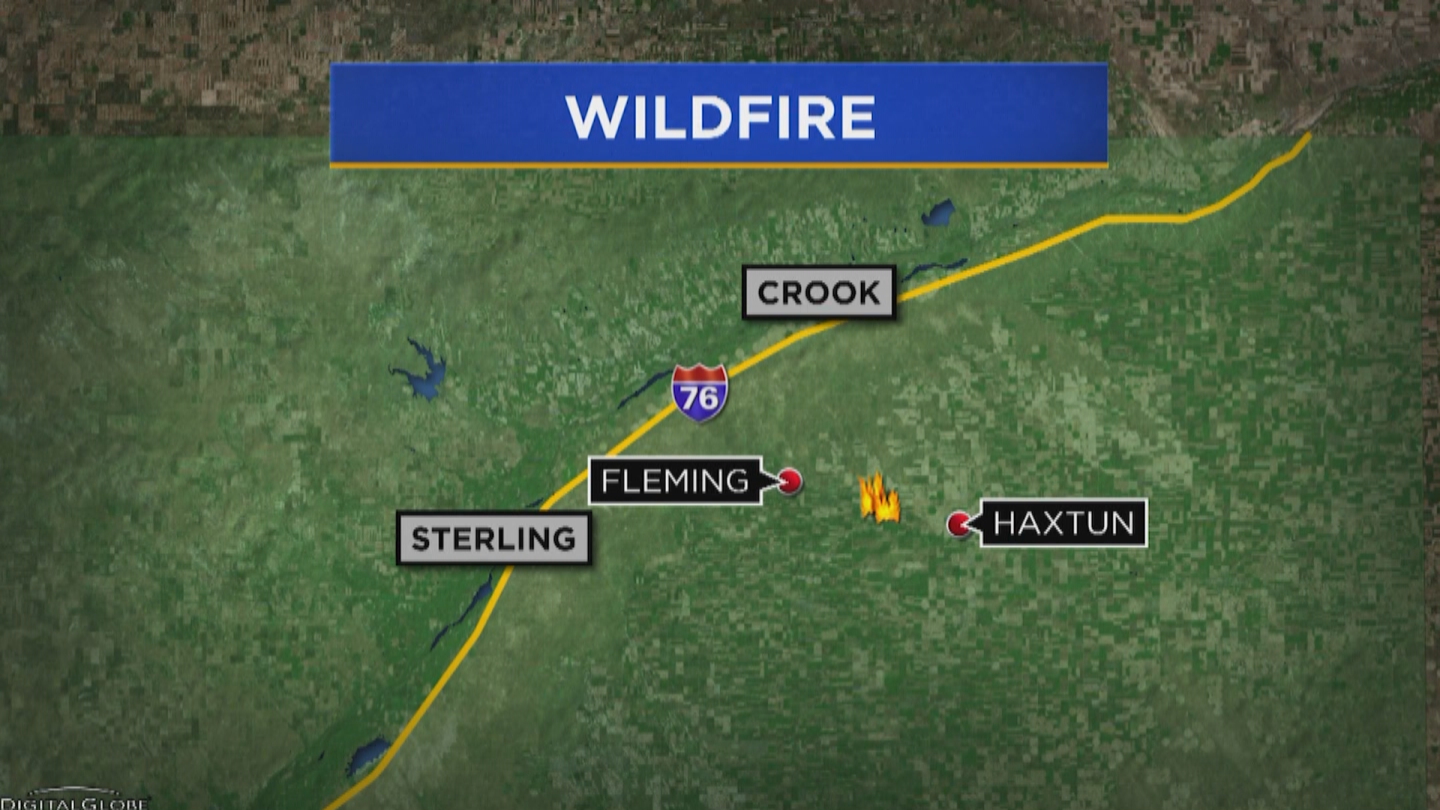 Evacuation orders for the town of Haxtun have been lifted. Fleming and Paoli continued to be under pre-evacuation status as the fire continued to grow.

One firefighter was injured. An ambulance was called and he was checked out by medical personnel for exhaustion.

The fire was fueled by the strong winds from west to east and the town of Haxtun, in Phillips County, is threatened.

A least four structures, three residential and an outbuilding, have burned and at least 10 others are threatened by the fire.

Farm equipment is being used to keep the fire away from some structures in that area.

What caused the fire is unknown. Numerous fire departments are fighting the fire.

The flames jumped Interstate 76 from the north side to the south side. I-76 was closed from Iliff to Cook Monday afternoon.

The Red Cross set up an emergency evacuation center at the Emmanuel Baptist Church in Sterling.