For beer enthusiasts, there is nothing better than trying the latest craft beer creations. However, not all bars and breweries carry all of the newly created craft beer options. That is why attending a beer festival is one of the best ways to sample a little bit of everything and be exposed to all of the newest craft beer selections.

Here are five of the best beer festivals in the US: 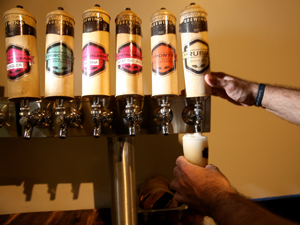 Grab your favorite banjo and head on out to the Brewgrass Festival in Asheville, North Carolina. This festival combines everyone's two favorite things about this Appalachian region: bluegrass and craft beer. For more than 17 years, this festival has featured musicians such as Yonder Mountain String Band, the Carolina Chocolate Drops and the Infamous String Duster. These bands, as well as several others, join forces with local and national breweries to put on the best brew festival in the country.

This year's headliners for the Brewgrass Festival include Big Daddy Love, Packway Handle Band and Jeff Austin band. Plus, more than 50 breweries are expected to offer a diverse collection of craft brew samples. 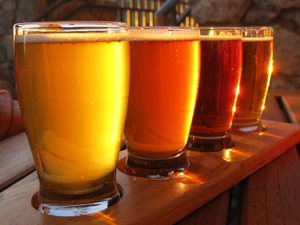 You will find all of the nation's most popular and most unique craft breweries at the Southern Brewer's Festival held annually in Chattanooga. Breweries from both the east and west coasts gather together at this festival offering brew fans opportunity to sample some of the nation's finest craft beers. Participating breweries have included Asheville's French Broad Brewing Co. and Nashville's Jackalope Brewing Co. The Southern Brewer's Festival takes place at Ross's Landing in downtown Chattanooga.

Related: Top Breweries Across the Nation

The BrewMasters Craft Beer Festival offers more than just the opportunity to enjoy, sample and share amazing craft beer. This festival also features educational seminars for those looking to fine tune their brew skills from experts in the beer industry. This festival features the largest and most comprehensive beer celebration in the area and includes more than 400 craft brews for attendees to sample. The BrewMaster's Craft Beer Festival is hosted at Galveston's Moody Gardens. 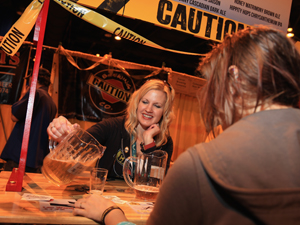 For more than 30 years, the Great American Beer Festival has been offering Colorado residents and visitors the opportunity to try everything from barleywines to barrel-aged sours. This festival offers the largest selection of beer brewed in America all in one single location. This festival is so big, you might need a map to find your way to your favorite brewery. Other things you can expect during the festival include American-made cheeses, a food paring section, a Homebrew Marketplace and a hop-friendly bookstore.

The Great American Beer Festival is hosted at the Colorado Convention Center in Denver.

The next time you are looking to sample some amazing craft beer creations, consider making plans to attend some of the country's finest beer festivals. Then, while you are there, check out some of the local breweries and make an entire beer-themed vacation out of it.

Heather Landon is a freelance writer with more than 20 years of experience. She has combined two of her passions - writing and travel - to share her experiences with others. You can read more of her articles at Examiner.com.