The NFL regular season is less than three weeks away and the anticipation continues to build. Depth charts are starting to come into place, while quarterback competitions are heating up. After the third preseason game, we will find out whose taking the ball behind center in week one come September. These teams with quarterback concerns are usually the ones that end up on this list. Let's break down whose lining up to be the worst five teams in the NFL in 2014.

Where would we be if the Jaguars were not on this list? It's been a while since the Jaguars were relevant and that won't change this season. They have some promise in rookie quarterback Blake Bortles, but that might be the only thing to watch for in Jacksonville. There's still a chance Chad Henne is behind center in week 1, which should drive people down in Florida crazy. They are left with Toby Gerhart as their starting running back. Their defense is below average and they don't have much of a pass rush. Bortles could be fun to watch, but the Jags will have plenty of growing pains. Expect a 4-12 season at best. 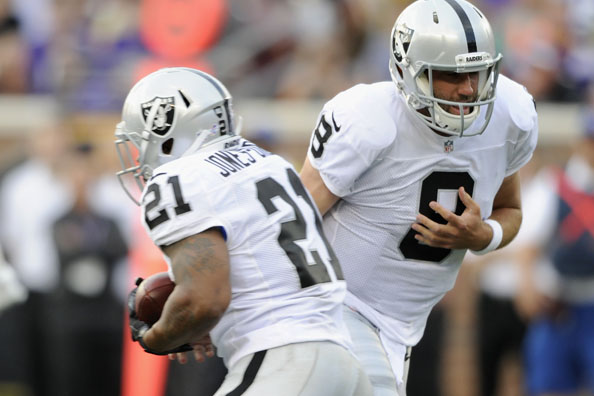 What is a Raiders season without issues at quarterback? The Raiders enter the 2014 season with veteran Matt Schaub behind center and not much talent for him to throw to. The backfield should be interesting to watch with Maurice Jones-Drew joining Darren McFadden. Jones-Drew's glory days appear to be behind him, but with the injury woes of McFadden, they need to replace Rashad Jennings. The pass rush might be the Raiders biggest strength with Justin Tuck and rookie Khalil Mack in the fold. Other than that, it should be a struggle in Oakland. Schaub doesn't have much left in the tank and the likes of Andre Holmes, Rod Streater, Greg Little, and James Jones won't scare any defenses. Look for another 4-12 season for the Raiders. 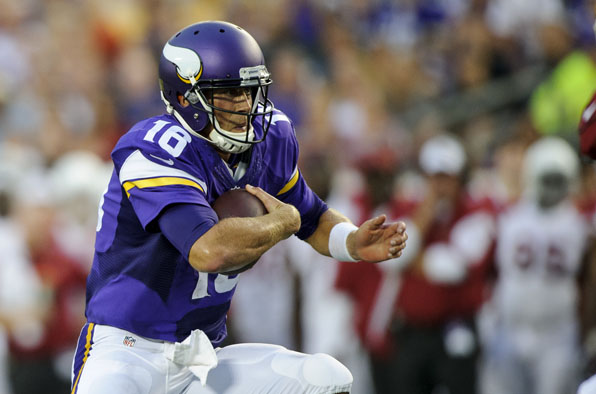 Poor Adrian Peterson. He's never had a legitimate quarterback to hand him the ball and make the team better. That should be the case once again this year. No disrespect to Matt Cassel, but he's not the answer in Minnesota. If Cassel doesn't last, he'll pass the baton to rookie Teddy Bridgewater, who will go through some early growing pains. They have some talent at wide receiver with the speedy Cordarrelle Patterson and Greg Jennings. The Vikings biggest issue will be their defense. Losing Jared Allen gives them an almost non-existent pass rush. Their front seven is below average and their secondary is average at best. Minnesota will give up a lot of points as they find themselves with another five-win season. 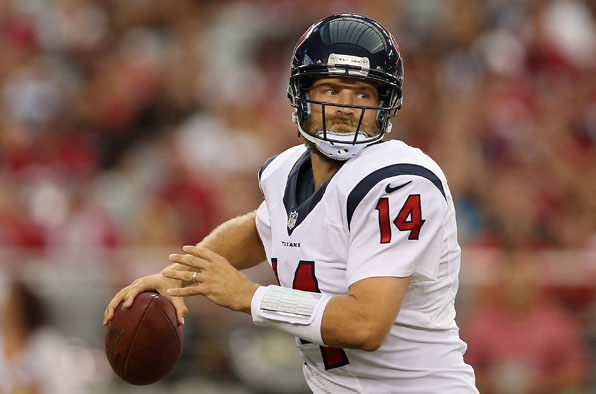 The Texans found a way to win their first two games...and then lose the next 14. It was a season to forget in Houston, but they did end up getting Jadeveon Clowney with the first pick in the NFL Draft. Clowney and J.J. Watt will be part of a formidable pass rush and that should be the most fun part of this team to watch. There's too many concerns and depth issues in other areas and of course it all starts at quarterback. Ryan Fitzpatrick is not terrible, but he's a backup, fill-in quarterback. He's not a 16-game starter. After Andre Johnson and DeAndre Hopkins, their receiving core is one of the weakest in the NFL. All of this will be led by a rookie NFL coach in Bill O'Brien. It's hard to see O'Brien have success without a solid QB in the fold. Arian Foster can't carry the offense on his back. The Texans should win a couple more games, but their ceiling will likely be 6-10. 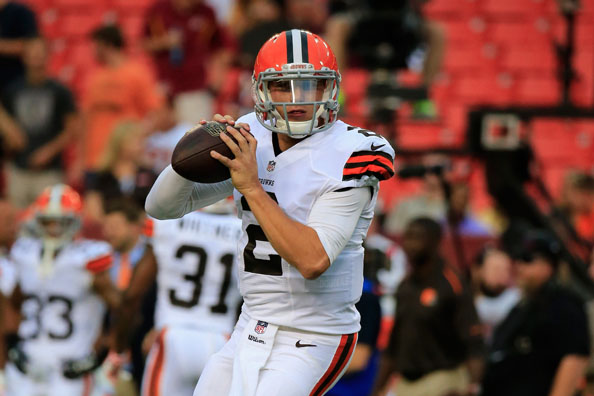 The talk of training camp and preseason in the NFL has surrounded Johnny Manziel. Whose the starting quarterback going to be in Cleveland? Can Manziel get the nod over Brian Hoyer? That's an essential question for the Browns to answer, but most people are overlooking something. The Browns offense is pretty bad. With Josh Gordon expected to at least be suspended for half the season, and potentially the entire season, this offense lacks playmakers. Miles Austin, Nate Burleson, and Andrew Hawkins are all number three receivers. They have the stud tight end in Jordan Cameron, who should become Hoyer or Manziel's favorite target. Ben Tate is not a starting back and he's going to get the bulk of the carries for the Browns. They have a solid defense, led by a good secondary, but they can't put up points. This will be an intriguing team to watch, but only when Manziel is on the field. The Browns need Gordon on the field and some help offensively to enter any sort of playoff race. It's hard to see this team finish with more than five or six wins.