CHICAGO (CBS) -- A woman is recovering after she was punched and knocked to the ground during a robbery on Chicago's North Side.

The 23-year-old woman was walking just steps from the CTA Armitage Brown Line station around 10:30 p.m. when three teenage boys approached her and tried to grab her purse but couldn't, according to Chicago police. They then punched her in the face and threw her to the ground, but she did not have to go to the hospital.

The teens got away with her things, but about 30 minutes later officers found the three teenage suspects on the CTA platform. All three were taken into custody, and charges are pending. 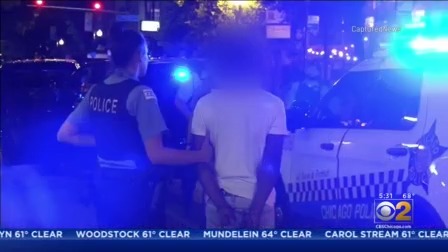 One of the suspects could be seen on video handcuffed as he was led away by police.

Crime numbers released for the area last week show there have been 10 robberies in the last seven days. However, police say this year so far robberies are down in the 18th district.