CHICAGO (CBS) -- The man, shown in a viral video harassing a woman for wearing a Puerto Rico flag t-shirt, has been charged with two felony counts of hate crime.

CBS 2's Dorothy Tucker reports the alleged victim is sharing her side of the story.

"I was genuinely fearful of what could have happened to me," stated Mia Irizarry, speaking to a friend on Facebook live after the video of her being verbally assaulted by an apparently drunk man went viral. 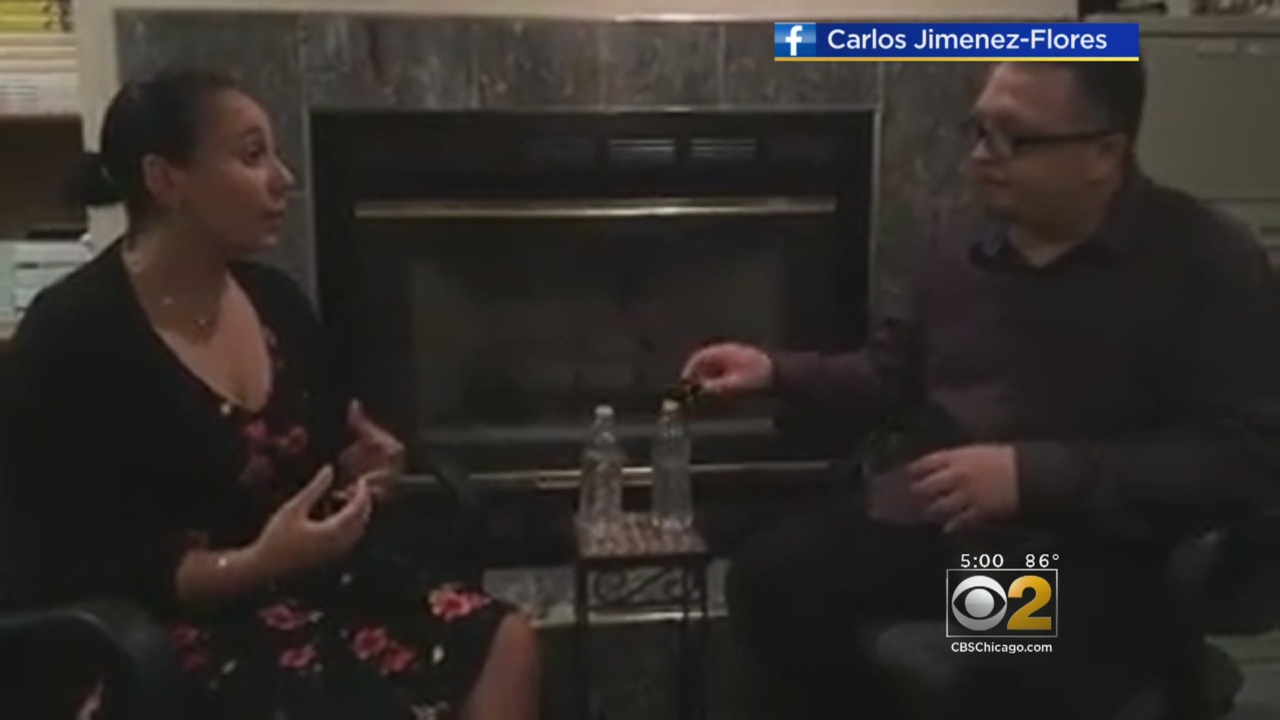 "Are you a citizen? Are you a United States citizen? " the man questioned.

"Yes, I am a citizen. Can you please get away from me?," Irizarry responded.

Irizarry said, "The man was so persistent in coming to me and being aggressive. I pleaded multiple times, as the video showed. There was no reaction, no response from him."

The man has been identified as 62-year-old Timothy Trybus.

Irizarry also complained that the Cook County Forest Preserve Officer standing by did not react.

"Officer, I feel highly uncomfortable. Can you please grab him? Please officer?" she can be heard saying in the viral video.

"When I pleaded for help from the officer and he ignored me the first time, I knew at that moment that I was being treated like a minority. If I had acted in an aggressive way, to protect myself, I would have been criminalized by the officer," Irizarry stated.

She said that is why she videotaped the incident for 39 minutes, but says it was two hours before the man was arrested. A day after the video, Irizarry said she received a phone call.

"I did receive an apology from the forest preserve. For that I am thankful that I was recognized as wrong," she said.

"Because we now we can learn more from this incident, specifically we are looking at ways to improve all aspects of our training," said Supt. Arnold Randall.

General Superintendent Arnold Randall also stated, "We at the Forest Preserves of Cook County applaud the State's Attorney decision to file hate crime charges against Timothy Trybus. Our officers made the arrest today and we will continue to support the prosecution of this matter."

"We should be able to depend on a police officer to control a situation and protect and serve like they say they are," said Irizarry.

"For the people who might be blind to racism, it's still very much alive," she stated.

Irizarry is a 24-year-old college graduate working in veterinary medicine.