It's a long and tough road to get to the NFL for most players, but it might be an even more difficult task to get yourself mentally and physically "Ready To Play" in the NFL week in and week out. As we work our way towards the start of the NFL season, we're speaking with a different NFL player each week and getting a first-hand account from them on how they get themselves ready for all of the rigors that come with competing at the NFL level. Here's Dallas Cowboys tight end Gavin Escobar, discussing how he gets "Ready To Play."

I started playing football when I was in seventh grade, that was the first year my mom would let me and my brother play, and basically I just did what he did. He had such a passion for the game and when we were teammates in high school, I kind of just followed his lead.

The first sport I really loved growing up was basketball, that was the sport for me. I really wanted to be Michael Jordan honestly, but as I grew up I realized I had a lot more passion for football, and realized I was a lot better at football than basketball. 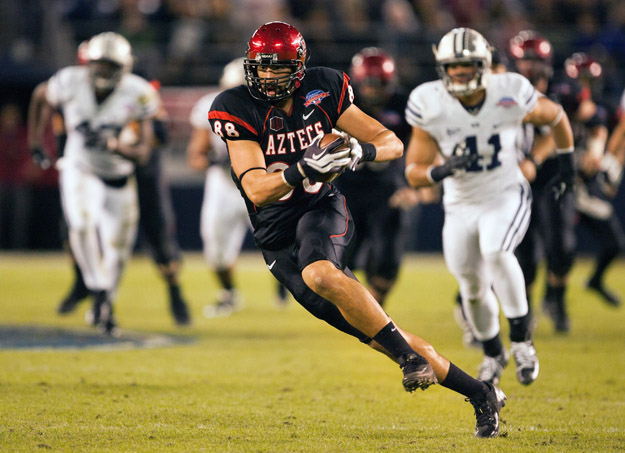 My prep work in college really clicked once I noticed that the harder I practiced during the week the better I ended up playing, and that was true for the whole team, too. The harder we worked as a group, the better the result, so I tried to remind myself of that during the week. Just understanding the game plan and then just to ball out on Saturday.

But then you get to the NFL and it's a whole other game. I never watched nearly as much film in college as I do in the NFL. Everything ramps up a lot and the attention to detail, you really just have to be on point with everything. It's something that you adjust to real quick when you get to the NFL.

I think every year I learn something new and this offseason I took about a month off after the season ended last year and that's because the most important part of the offseason is getting your body healthy again after a long year. Then once I got back to Dallas I got a nutritionist separate from the team nutritionist and we put together a nutrition plan that was geared towards my needs and my allergies that I have.

I'm allergic to peanuts and other nuts so I definitely had to tweak some things. Besides that, I got a food sensitivity test, which basically tells you if you eat a certain food, is your body breaking it down properly, is your body using it the way it should be, and it turned out that eggs and milk and a few other things were really high on that list, which means that my body wasn't necessarily breaking them down the right way.

So I cut out eating eggs at breakfast, which was like, 'well, what am I going to eat if I'm not eating eggs at breakfast?' But I worked with my nutritionist and we found a lot of alternatives, eating things like ground beef hashes with sweet potatoes and bunch of vegetables and eating lean sausage patties and oatmeal. It was a lot of learning. Definitely a little bit of a learning curve but once I just got used to being in the routine of doing these things it's been helpful.

It's definitely changed the way my body feels, that's for sure. A problem for me though has always been keeping my weight up, I've always struggled with not just keeping it up, but making sure it's good weight at the same time.

I learned a lot of different tricks to keep weight on like eating pumpkin seeds, which is a good way to add on a bunch of calories to meals. I added avocados to all my meals too. 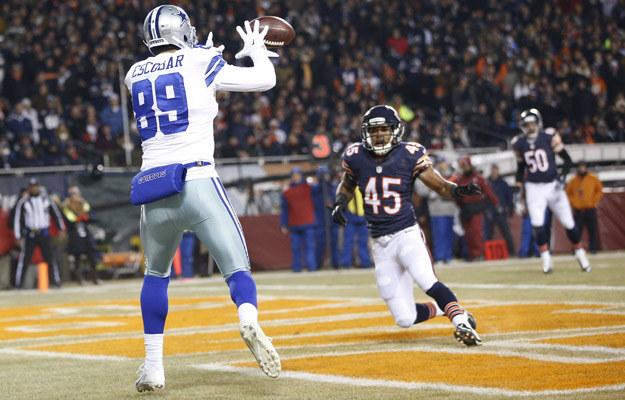 It's so important to fill my body with good nutrition so I have enough energy throughout meetings, practice, and so I feel good going to sleep at night, so I don't feel like I've eaten a bunch of cheeseburgers, you know? In this league you have to have your body feeling right just to get through the week.

Once training camp starts up my daily routine definitely changes. We have practice times that change - meetings are constant, but as far as just practice and just working out, well, the work out regimen definitely slows down because we're practicing almost every day and it's a big load on your legs.

During the season it's a completely different story.

Monday was our off day. We had the whole day off last, there's nothing organized but I would come in on Monday depending on how late we got in from the game last night and I would get a workout in and then a little flush run. Then Tuesday, we'd get to the facility around noon and the guys who didn't get their workout in would do that that day. Tuesday's we'd watch the film from the game on Sunday, meet as a team, watch the film, learn from our mistakes, and we move on to the next one starting from there, we move on to the next game.

Wednesday we get to the facility, meetings start at 7:30 a.m. then we get on the field at 11 a.m., practice for about two hours, get some more meetings afterwards and depending on whether you need treatment or want to watch extra film, we probably leave the facility around 5 p.m.

Thursday's real similar to Wednesday, not as physical at practice since we don't go full pads.

Friday's kind of the same deal but we don't have meetings after practice. We get out a little earlier, around 1 p.m., it's a good day to get a massage, or go out to dinner with your girlfriend, wife or whoever, then guys just get mentally prepared for the game.

Saturday, we either travel to the game or we'll have walk throughs in the morning and have the rest of the day off.

I definitely eat a lot the night before the game. I don't know if it's nerves but I don't end up eating a lot before the game, but I try to get enough carbs and protein that will last me through the game.

Then Sunday is game day. Depending on what time the game is, pregame meal is some time before the game, but it's really just about the game from there. It's really just time to just ball out.