CHICAGO (CBS) --Chicago Police Officer Robert Rialmo was cleared of any wrongdoing Wednesday by a jury tasked with examining evidence in the 2015 shooting death of Quintonio LeGrier, who Rialmo shot and killed during a domestic disturbance call.

In a second part of the verdict, the jury awarded the LeGrier family $1.05 million. But just moments after that verdict was read, Judge Rena Marie Van Tine overrode their decision, saying the LeGrier family wasn't justified in receiving monetary damages because Rialmo feared for his life when he pulled the trigger.

In another twist, Rialmo had also countersued LeGrier's side, blaming them for the shooting. No money was issued by the jury in that part of the case.

A large part of the case centered on the distance between Rialmo and LeGrier when the shots were fired. The plaintiff's attorney argued there was enough space for Rialmo not to shoot the 19-year-old. Rialmo's attorney had said he acted in self-defense.

Officer Rialmo shot and killed LeGrier while responding to a domestic disturbance call on the day after Christmas in 2015. He also accidentally shot and killed 55-year-old Bettie Jones, a neighbor who was standing behind LeGrier. 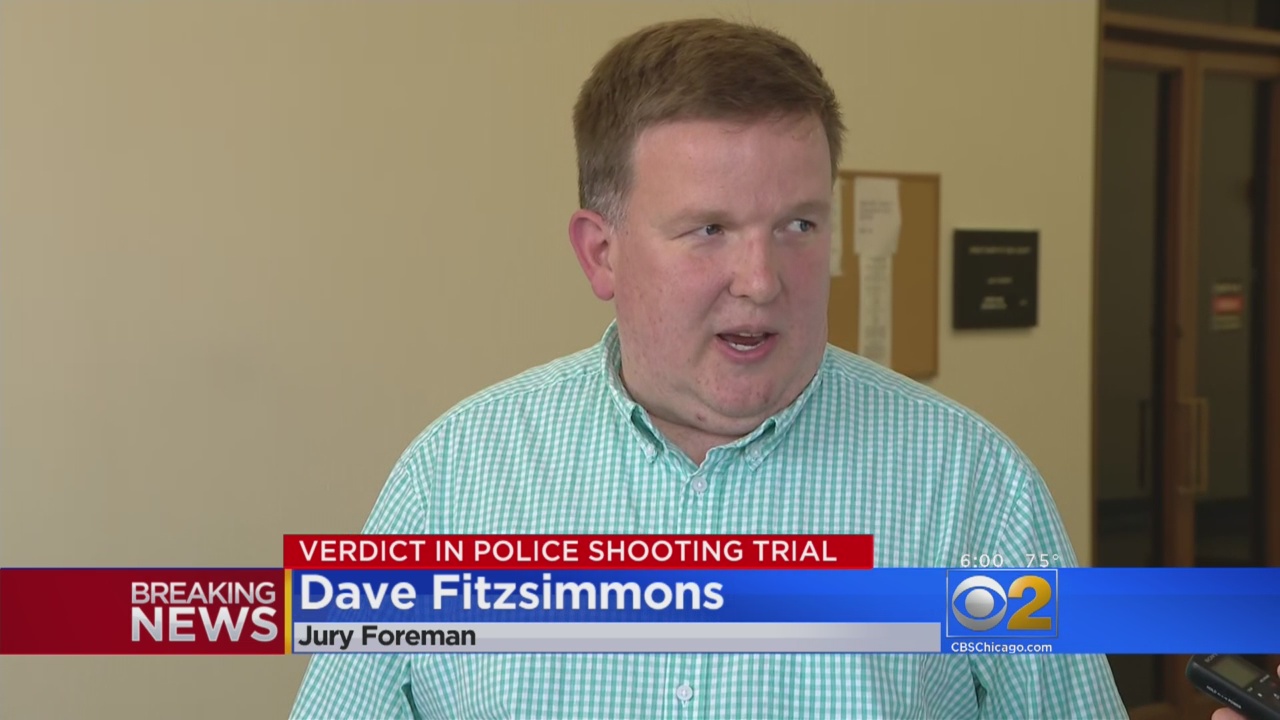 Juror Dave Fitzsimmons spoke to the media after the verdict was handed down at the Daley Center Wednesday evening.

"Over the last eight days we've heard a lot of conflicting testimony and conflicting information from the expert witnesses," Fitzsimmons said. "At the end of the day, it really came down to the physical evidence."

During the trial, Rialmo testified he saw LeGrier barreling down the apartment building stairs holding a baseball bat over his head.

"I thought he was going to take my head off," Rialmo testified.

The city has reached a tentative $16 million settlement with Jones' estate in her death, but LeGrier's estate went to trial at the Daley Center courthouse.

Rialmo and his partner were responding to a reported domestic disturbance at the apartment in Austin where LeGrier was staying with his father. Jones, who lived downstairs from the LeGriers, answered the door and directed police upstairs.

Jurors also heard a different take on the shooting in video testimony from consultant and former South Florida cop Charles Drago. He was hired by the LeGrier family's attorneys.

Drago said the shooting was 'not consistent with most police practices.

He also testified that Rialmo was likely standing far enough away that he shouldn't have had to shoot LeGrier.

The Cook County State's Attorney's office, which declined to charge Rialmo with a crime in the shooting..