CHICAGO (CBS) – The Oak Brook Mall reopens as the manhunt continues for a man suspected of being one of two shooters who opened fire outside of the mall Thursday evening. Three women were also shot when they were caught in the crossfire.

The mall reopened for last-minute holiday shopping this morning but with a much larger police presence.

CBS 2's Marie Saavedra has the latest developments on the victims and the search for the suspect.

It looks like Christmas Eve business as usual with the parking lots packed with shoppers. But there is a major visual clue as to what happened at the mall last night. The number of police vehicles circling the property, making sure that people feel safe.

"I expected it to be crowded because it's the last day before Christmas."

You can count Steve Stratton among the unphased shoppers, rushing to finish their to-dos at Oakbrook Center. But what happened Thursday night is still fresh in the memories of many inside.

"The girl working in perfume, I asked her if she was working last night and she said she was. She pointed at the door right next to her and said that's where the shooter came in," Stratton said.

What followed was gunshots, just before 6 p.m., sending crowds running before the mall locked down.

"I heard something that sounded like a firework, and I turned to my left, and all the sudden I see this crowd of people from the Nordstrom side just whaling in like a stampede, so I go in my store running for my life and everyone is grabbing their kids or whatever," said Emilio Cici, witness.

Oak Brook Police say one of those shooters is a man in blue seen in surveillance photos and quickly identified by officers on scene. 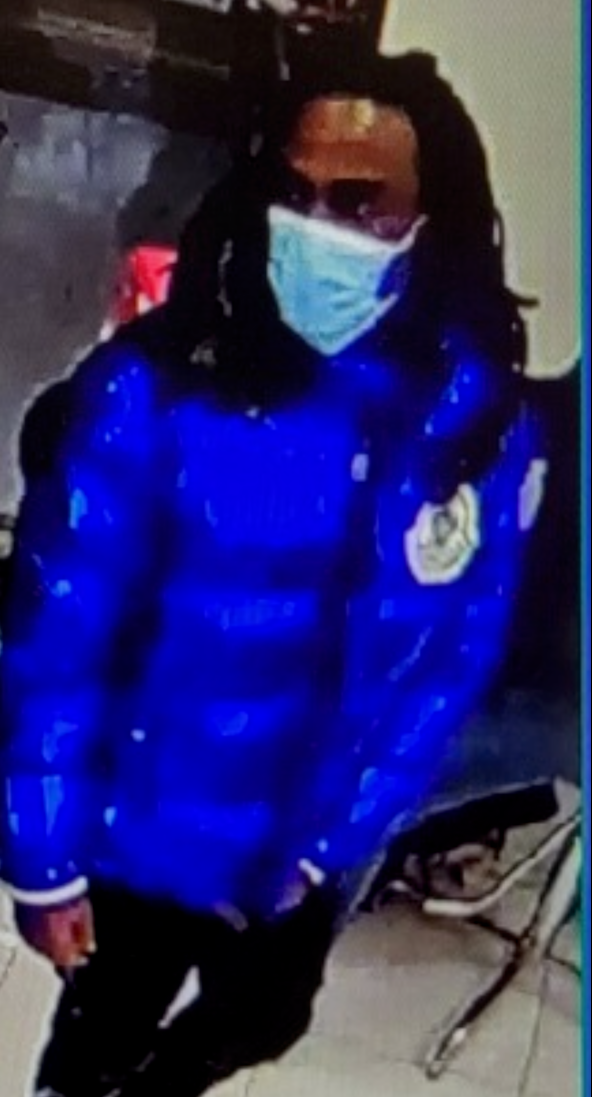 Before sharing his picture far and wide. He remains on the run, while a second suspected shooter and third suspect are in custody. With a clear photo, detectives already know where he's from.

"The three individuals, they do reside in Chicago and they're all in their early 30s," said Sgt. Reid Foltyniewicz

The shooting hurt four women, all innocent bystanders -- three of them hit by gunfire, the fourth fracturing her ankle while sprinting from the scene.

"They're doing well, they should be released shortly," Foltyniewicz said.

It's a comfort to today's shoppers that the shooting was isolated. But this is still an unnerving reminder that a simple visit to the mall in today's world can quickly turn to anything but.

"I feel bad for everybody who was out for a nice night and it got ruined," Stratton said.

Since the shooting happened, Oak Brook officers have been flooded with calls and emails with tips from people who saw the suspect.

Oak Brook says it's working with other local law enforcement to track the remaining suspect down. In the meantime, the department stresses that shoppers should feel safe. They're also making multiple passes around the property to make sure of it until doors close on another busy day.