NAPERVILLE, Ill. (CBS) -- Following the devastating tornado late Sunday night, it was truly incredible to hear the two people who were inside a house that was leveled ended up making it out alive.

They were pulled out of the debris by firefighters. CBS 2's Jim Williams spoke to their family on Monday.

The couple was not in the basement at the time of the tornado. But they still survived – aided by an odd and remarkable occurrence. Family members could only shake their heads when they got to the scene.

"I was sleeping, and my dad woke me up to say, 'Hey, your grandparents' house just got completely destroyed by a tornado," Patel said. "At first, I couldn't believe it."

Indeed, Patel's grandparents' home on Princeton Circle in Naperville was leveled by the tornado. Sienna Patel, the couple's niece, had to see it to believe it.

"The whole house was gone," she said. "I thought it would be like a little bit standing. But it's all gone. I was shocked."

Firefighters found Arvind and Savita Patel under rubble. But they were fortunate – aided by the wind, according to Naperville Fire Chief Mark Puknaitis. 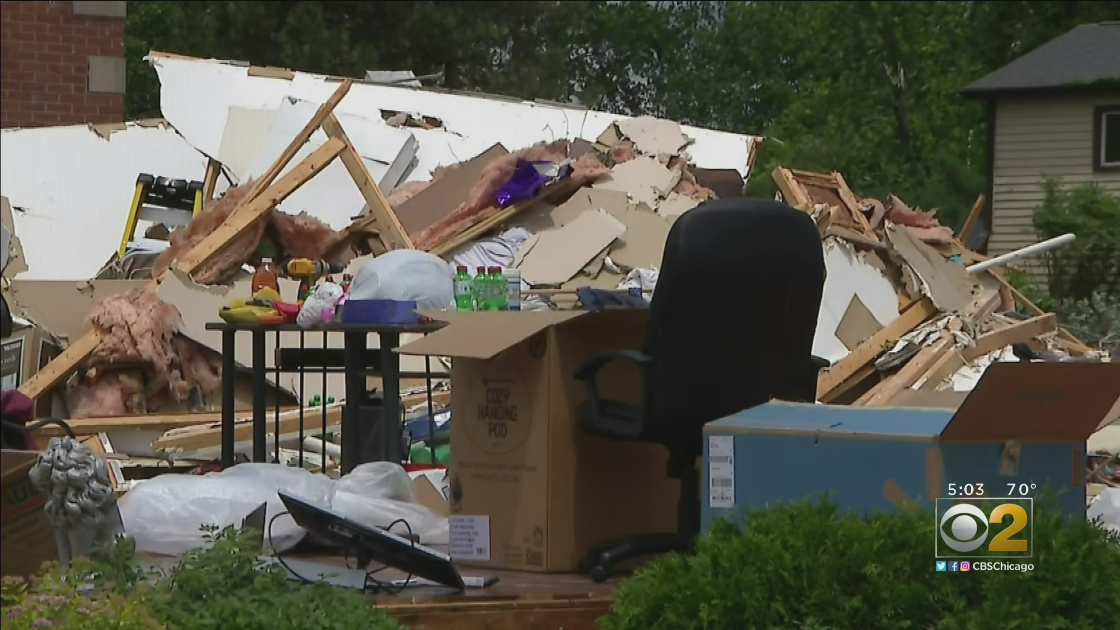 "That rubble could have buried those folks, and it looks to me like the wind took all that rubble and moved it off to the side - creating less of a weight on the individuals in question," he said.

At their house Monday, volunteers - including high school athletes - came from blocks away to help with the cleanup.

Shaw said she did not know the couple, but it did not matter.

"You would want your personal things picked up off the ground, wouldn't you?" Shaw said.

Mr. Patel is an engineer, while Mrs. Patel is retired. They are joy to be with, their niece and grandson told us.

"They're just like happy, amazing people," said Sienna Patel, "and they care about the family so much."

"They're like the kindest people," said Shiva Patel. "They would go out of their way just to make sure that you're happy."

One neighbor told us she only planned to come to the scene to pass out water, but saw all destruction and joined the cleanup.