CHICAGO (AP) - A multiday sentencing hearing focused on whether undercover FBI agents egged on a teenager to participate in a terrorist plot knowing he was mentally ill begins Monday in Chicago.

Agents arrested the now-25-year-old Adel Daoud in a 2012 sting after he tried to detonate what he believed was a real bomb outside a crowded Chicago bar. 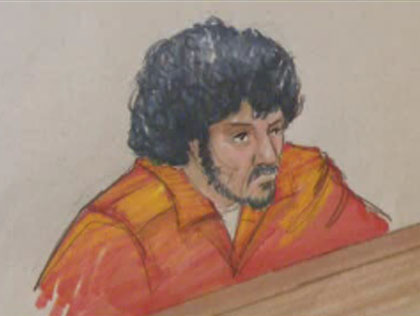 The hearing will proceed like a mini-trial. An undercover agent is among those who will testify.

Daoud, of Hillside, Illinois, was temporarily deemed mentally unfit in 2016 after declaring Illuminati and "reptilian overlords" were after him. He entered a no-contest plea in November.

The defense wants Daoud freed as soon as a mental health program can be tailored for him.

Copyright 2019 The Associated Press. All Rights Reserved. This material may not be published, broadcast, rewritten or redistributed.