According to the Chicago Fire Department, approximately 54 vehicles are involved in the crash in the inbound lanes near North Avenue around 5 a.m. All lanes were reopened by 10:20 a.m.

Cell phone video captured video of cars crashing one after another; horns honking, drivers frantically trying to steer their vehicles out of the way.

A dozen ambulances responded to the scene.

"It's a lot of challenges at once, it really is. Social distancing, obviously, is our main concern, but we have other jobs to do as well," Chicago Fire Department Deputy District Chief John Giordano said. "Besides the pandemic that's going on, we're still dealing with everyday incidents, and this is one of them."

Overnight snow and icy conditions were considered the main causes behind the multiple collisions, but rescuers said speed also played a part.

"It did cause an effect where vehicles couldn't stop behind them, because of the high speeds that they were traveling," Giordano said.

Snow had been falling during the early morning. In fact, roads across the area were snow covered in spots and slippery. 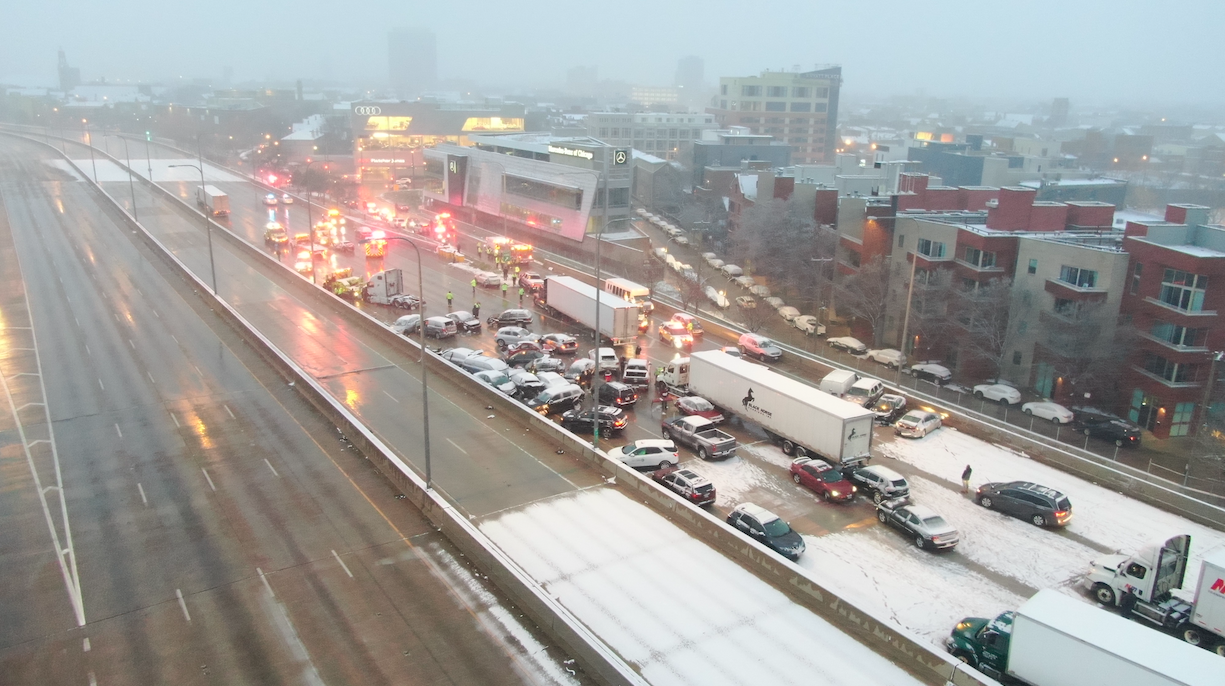