CHICAGO (CBS) -- A medical miracle is also serving as a cautionary tale about swimming.

Julian Sosa was paralyzed from the neck down after a diving incident at a suburban pool. Today he is able to walk again.

Sosa reunited with his surgeon at Northwestern Memorial Hospital.

"You look good! Good to see you. I'm so happy to hear everything about you," exclaimed Dr. Alpesh Patel.

Dr. Patel said he's pleased to see Julian Sosa on his feet, saying based on what happened in the summer of 2016, Julian should be paralyzed.

"It was a freak accident – felt a weird electrical shock from my toes to the body," recalled Julian. "I remember laying there lifeless, face down in the water for a minute. I just pet repeating 'Can't move, can't move.'" 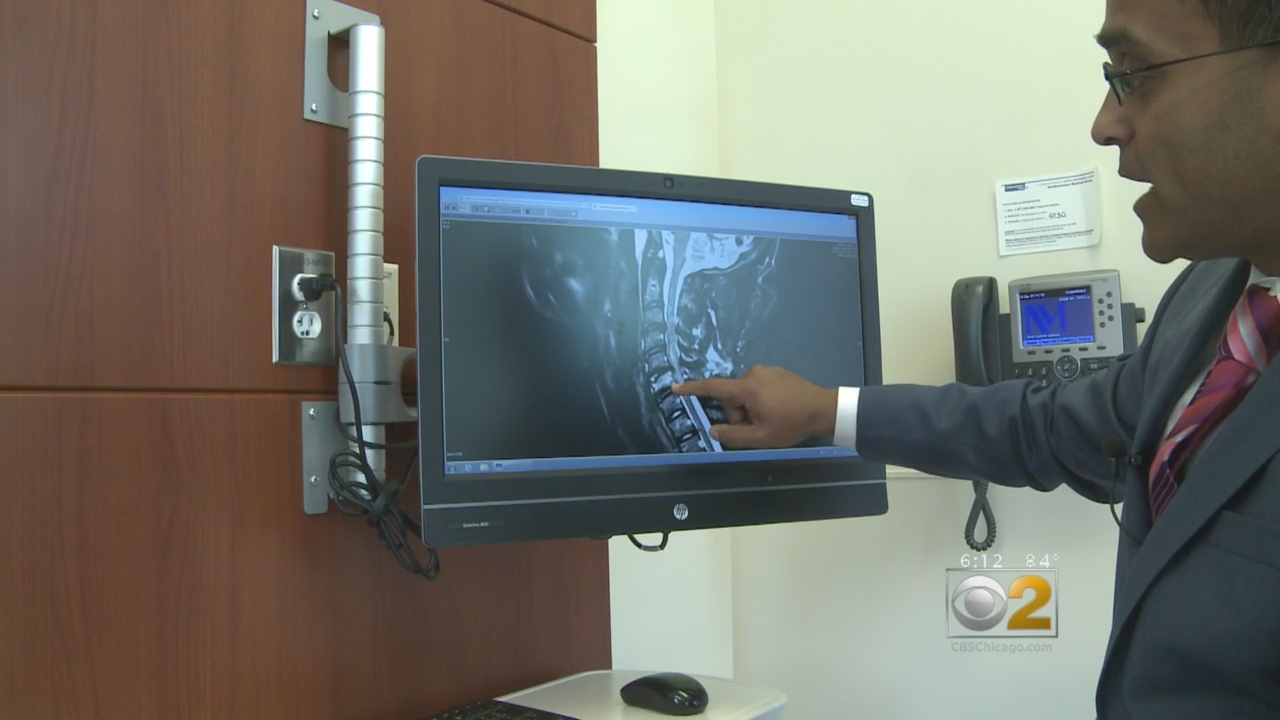 "I've been in practice for 12 years and Julian's case ranks up there with the worst," said Dr. Patel. "No feeling, no movement below the neck."

Julian endured two surgeries, followed by months of grueling therapy. Doctors warned him and his family to prepare for the worst.

"I had some hope, but it looked like I'd be in a power wheelchair for the rest of my life," said Julian.

Julian says he looked at photos of the rehab and narrated his memories of that difficult time.

"Recently, I had gotten my neck brace off," Julian recalled. "This was part of occupational therapy. I put on a button shirt and jeans for the first time. It took two hours."

Pictures show Julian standing for the first time without assistance and taking his first steps without a walker.

"They would harness me to the ceiling and pick myself up," he said. "This is video of me standing of the first time. It was a terrible thing that happened. I could have gotten bitter or better."

Dr. Patel said, "He's a lucky guy. He's a man of faith and family. People need that. He has the right mental attitude."

Julian said, "Took a bad instance and faith, and led me to good and positive to project me forward."

"These are the things that make our day," said Dr. Patel. "Stories like Julian's are what keep us going."

Julian learned he was going to be a father before the accident. He and his one-year-old son, Logan, are doing great together.

Julian says he had to get better for his son and says he is now in law school, hoping for a career as an audio engineer or in music production.