CHICAGO (CBS) -- In another mark of the evolution of the South Loop and West Side, the neighborhoods currently have a higher median rent than Lincoln Park and are approaching the high-end rental prices of the Gold Coast and Streeterville.

In the 1980s, much of the South Loop was railroad tracks and factories.

As those rail lines were no longer needed and has industries closed, developers began massively building and rehabbing in the 1990s.

Similarly, the West Side was a former manufacturing and warehousing area, and many of the buildings have been converted to loft condominiums, restaurants, and galleries.

Now, the median rent for a one-bedroom apartment in the South Loop is $1,815, compared with $1,640 for Lincoln Park, according to Zumper, a rental listing company.

Prices on the Near West Side are even more at least for a two bedroom: $2,600.

The most expensive neighborhood for rentals: The Near North Side, including areas like the Gold Coast and Streeterville.

The cheapest areas for rentals are in South Shore and South Chicago on the far Southeast Side. 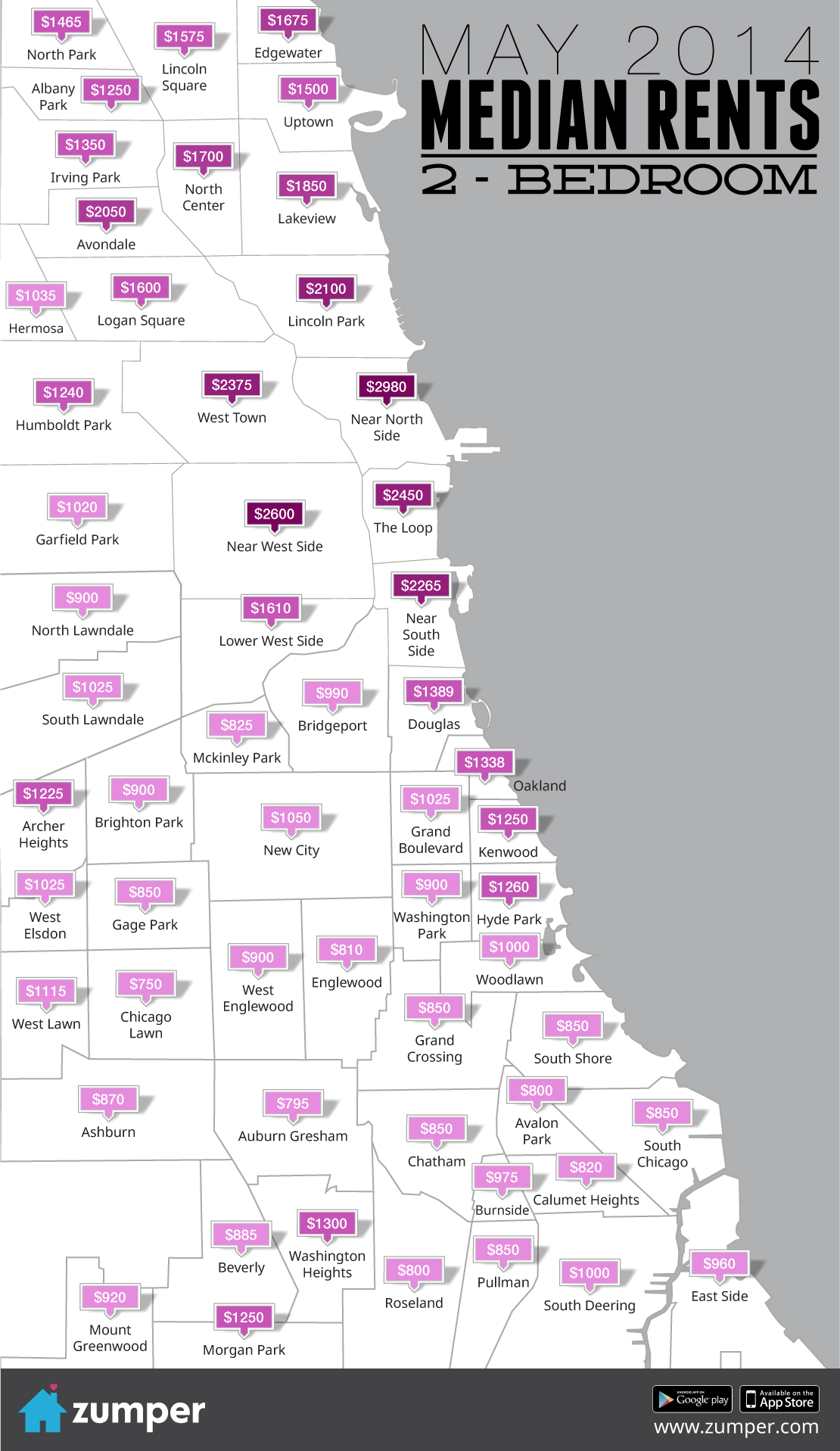 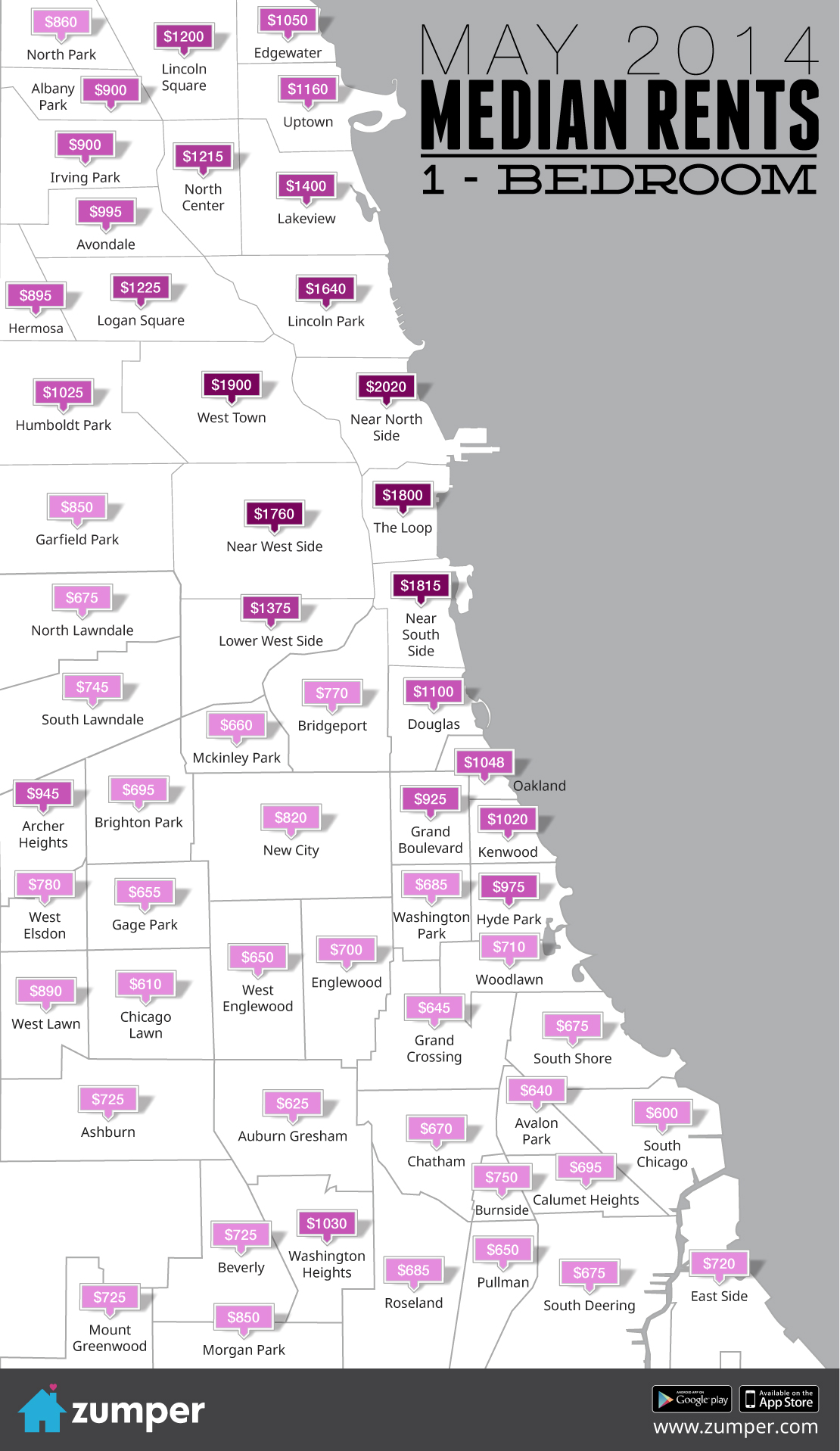