CHICAGO (CBS) -- It's not exactly a Wheaties box, but the national Little League champion Jackie Robinson West All-Stars have landed their own cereal box.

The South Side baseball players were presented with their own commemorative boxes of Frosted Flakes last weekend. The boxes feature a team photo, to celebrate their national title in the Little League World Series.

The boxes aren't for sale to the public, but were created as a token of appreciation for Jackie Robinson West.

Frosted Flakes is an official sponsor of Little League baseball.

This summer, Jackie Robinson West won the national title in the Little League World Series, but lost in the world championship game against South Korea. 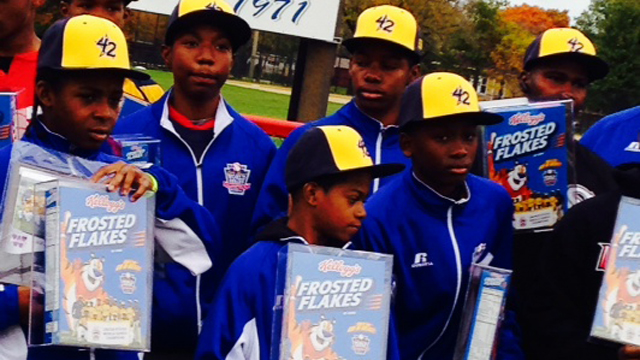