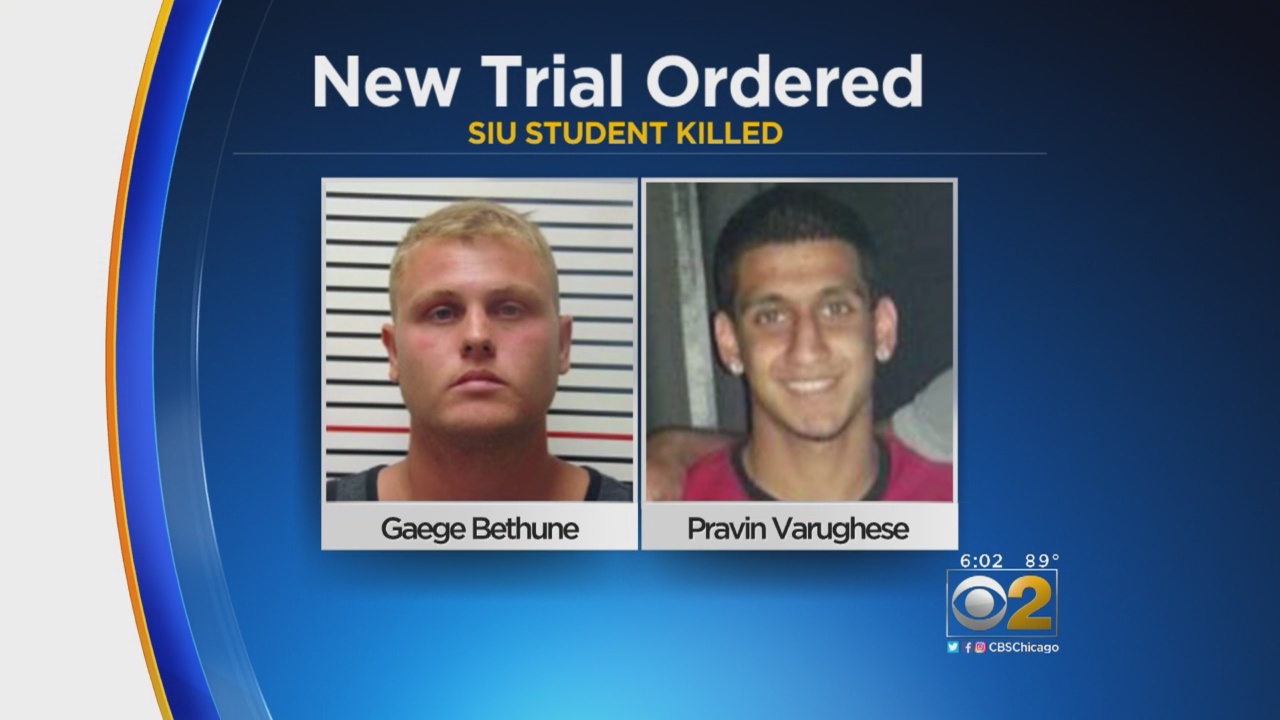 A jury had convicted Bethune in June in the suburban Chicago man's death, but his new defense attorney sought to have the conviction thrown out.

Prosecutors say Bethune and Varughese were intoxicated when they fought while driving around Carbondale looking for cocaine in February 2014 and that Bethune caused head injuries that left Varughese disoriented and led to his hypothermia death.

Bethune's attorney argued that no evidence was presented at trial to prove that claim.

"We have someone we feel did not commit first degree murder and should not have been found guilty. Now we get a chance to do it right," stated Defense Attorney Steven Greenberg.

"We were still confused and at the end, he said 'new trial,'" said said Lovely Varughese, Pravin's mother. "Sitting through the trial is not easy, but if that's what it is going to take for us to let Pravin rest in peace, we will go through it."

Pravin's mother, Lovely, returned to her home in Morton Grove Monday after learning the conviction she had fought for was thrown out. The judge found an error in the wording of the original indictment and ordered a retrial.

"We are going to do it again and I expect wholeheartedly the same result," stated David Robinson, the prosecutor.

"For me, I have peace," said Lovely Varughese. "But today we thought we would be finished with everything and that did not happen."

Pravin's attorney said he was completely blindsided by the ruling and plans to appeal the judge's decision.

The case is set for a new trial, which could begin some time next year.