CHICAGO (CBS) -- Twenty-four days into the government shutdown, a Chicago pawn shop owner says he sees 10 to 20 federal employees come in each day in order to continue feeding their families and paying their bills.

Randy Cohen says he has welcomed a wave of new customers over the past 24 days. 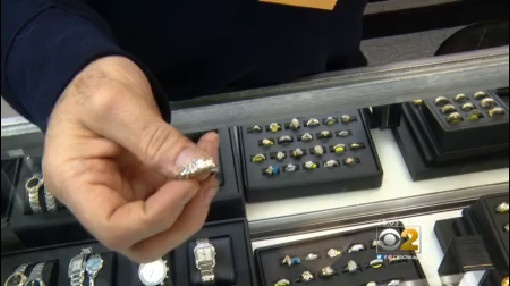 More than 45,000 Illinois residents with federal jobs received $0 paychecks this past pay day.

Monday the shutdown forced one worker to part with a prized van.

"Oh he loves this thing. You should've heard what he put into it. He put a satellite TV, a sound system and a sunroof back there," Cohen said.

Cohen agrees to hold onto the items for 60 days. He says he assigns a lower interest rate when he hears shutdown stories.

"For a rainy day," Cohen said. "And it's raining for them. Think about it. Thank God they had stuff like this."

Government workers don't need to travel far to get to this pawn shop.

It's next to a U.S. Citizen and Immigration Services building and a FEMA office and across the street from a federal corrections center downtown.