CHICAGO (CBS) -- Walk inside Rodney Andrews' home and you will find a house in utter disarray. Unpacked boxes are piled in a Jenga-like fashion, and stacks of thumbed-through magazines, and miscellaneous items – from coffee cups to empty shoe boxes – are strewn about the living room. It has essentially become a house-sized storage closet.

Andrews wants to unpack his boxed-up life. There is just one catch – he's one of the many people getting hosed by Chicago's Water Department.

"I don't have any water," Andrews said.

Despite having no running water, his water bill amounts to a staggering $10,700.57.

"Nothing!" he said after twisting faucet after faucet, all in vain. "This is what I'm getting charged for."

Andrews is a decorated Vietnam veteran who has witnessed the horrors of war. He recalled the friends he lost and recounts scenes of enemy forces dying painful deaths in front of him.

"If you're close to death sometimes, you don't forget that," he said.

Despite all he has endured, he still said his fight with City Hall is harder than the war he fought in Vietnam. 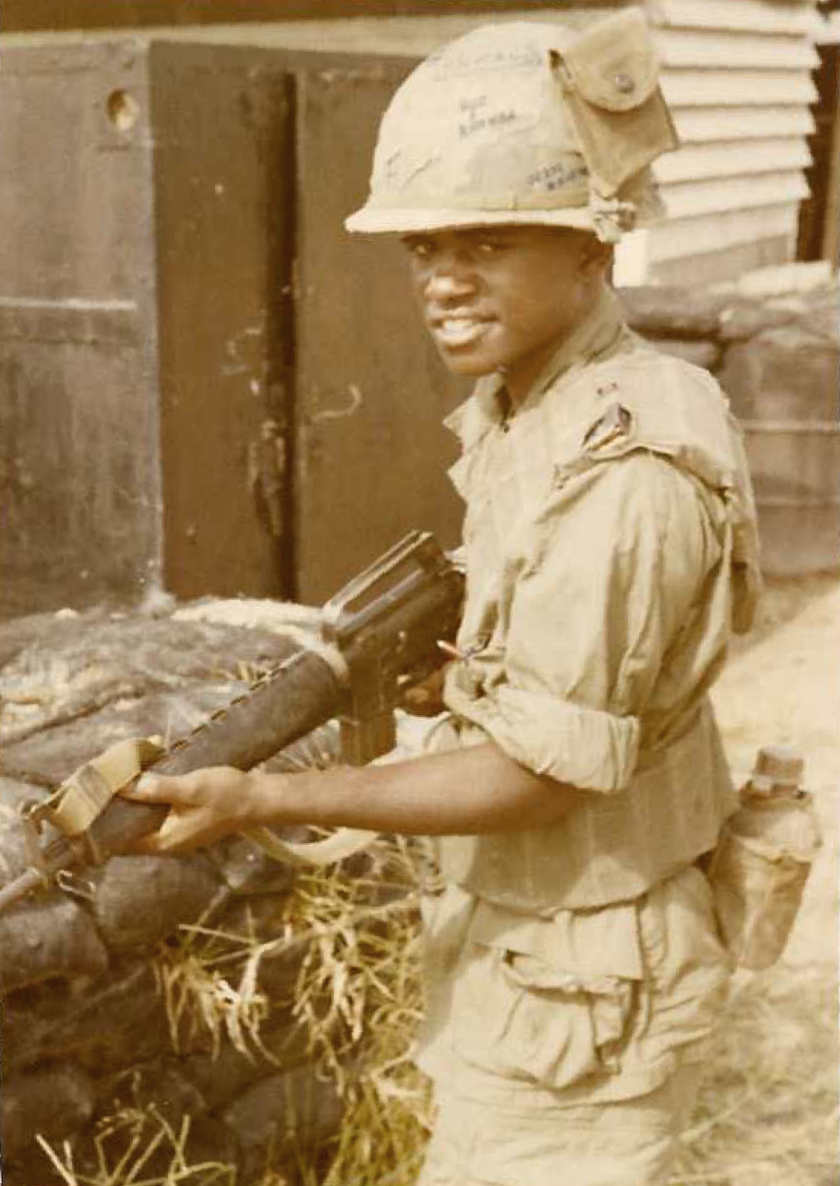 Andrews' problems began back in 2003, when he bought this home from a friend who was facing financial difficulties. The two agreed that the friend would repurchase the home from Andrews after two years – but his friend's finances never improved, leaving Andrews to assume the responsibilities of a property owner.

"I didn't know anything about a water bill since I had never owned a house before," he said.

Even though Andrews never moved into the house and not a drop was used since his friend left, the water bills began increasing exponentially because the account was unmetered.

In Chicago, homes with unmetered water accounts are billed based on their property size and plumbing fixtures. Whether a house uses zero gallons or a million gallons, the owner foots the same bill.

Only two options to avoid estimated bills exist. The first involves asking the city for a meter, which the Water Department usually drags its feet to install. The second option only applies to homeowners who do not live in their homes – registering the house as vacant.

But registering a house as vacant is not a cost-cutting alternative. To the contrary, homeowners must renew the vacancy status every six months for a $300 fee, and if they forget to register it in time, the charge jumps to $600.

Regardless of whether Andrews chose to pay $10,700.57 for water he never used, or $7,800 just so the city knew his house was empty since 2007, the city succeeds in emptying this veteran's pockets. 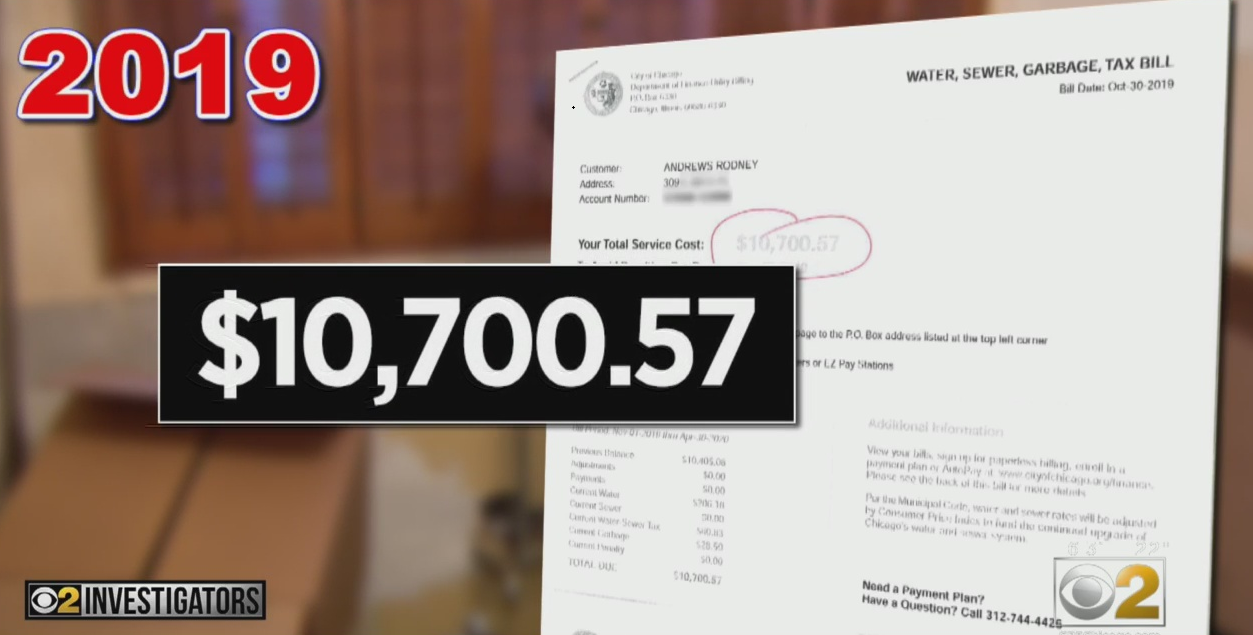 Andrews hoped he could explain his situation to the Water Department and have his bill adjusted, but his efforts were to no avail.

After the city brushed him off, he turned to government officials for help. He wrote letters to Mayor Lori Lightfoot, Ald. Anthony Beale (9th), and U.S. Rep, Bobby Rush (D-Illinois).

After CBS 2 stepped in, Ald. Beale wrote a letter to Mayor Lightfoot on behalf of Andrews.

In the letter, the alderman explained how the rules for shutting off water "are not widely understood by the public" and that "while we advised him [Andrews] to talk to the water department, like many people, he has found that difficult."

Many people have found dealing with the water department to be difficult. Over the past year, CBS 2 Investigators have heard from and helped many people with inexplicable bills.

Larry Richardson was among them. After inheriting a family-entrusted home with no running water or fixtures, he received a bill for $17,712.

Pastor Darryl Hickman's story is not too different. His family home was vacant for seven years before the city gifted him a $9,212.22 bill.

The water department told Kerry and Helene Kohn it was owed $58,733.27 – all because Chicago says landlords are responsible for the water bill when the tenant decides not to pay.

After CBS 2 investigated these exorbitant bills, these homeowners saw some relief. Larry Richardson was refunded $17,201, Reverend Hickman received $7,200.03 back, and the Kohn's got a $33,093.65 reimbursement.

And these are not the only homeowners that have reached out – dozens more struggle and there are countless people we have not heard from too. Despite these bills being such a wide-spread problem, Alderman Beale's letter to the mayor remains unanswered.

After we reached out to U.S. Sen. Tammy Duckworth (D-Illinois), a spokesperson said they would reach out to Andrews to help get his bill resolved.

After all, this 70-year-old veteran just wants to call his property home.

"I got a family wanting to visit me, but I ain't got no place they could even visit me here," Andrews said. "It's a sad state of affairs."

Getting Hosed: Chicago landlord receives water bill for $10,000, with no warning

Getting Hosed: A woman fights the city over a water bill she never should have received and wins

Getting Hosed: East Garfield Park resident $64,000 for water bill; 'There must be a mistake'