CHICAGO (CBS) -- Hundreds of seniors in a Chicago high rise say their lives are in danger because they have to wait almost an hour to get to their apartments on a good day.

The elevators in their complex are old and parts for repairs are obsolete or aren't made anymore, which can lead to delays in getting elevators fixed.

Some say the waiting is putting their safety in jeopardy.

Tyrone Young said waiting is the rule, not the exception, to get up to his 15th floor apartment.

"Elevator situation is terrible," he said. "We're constantly breaking down." 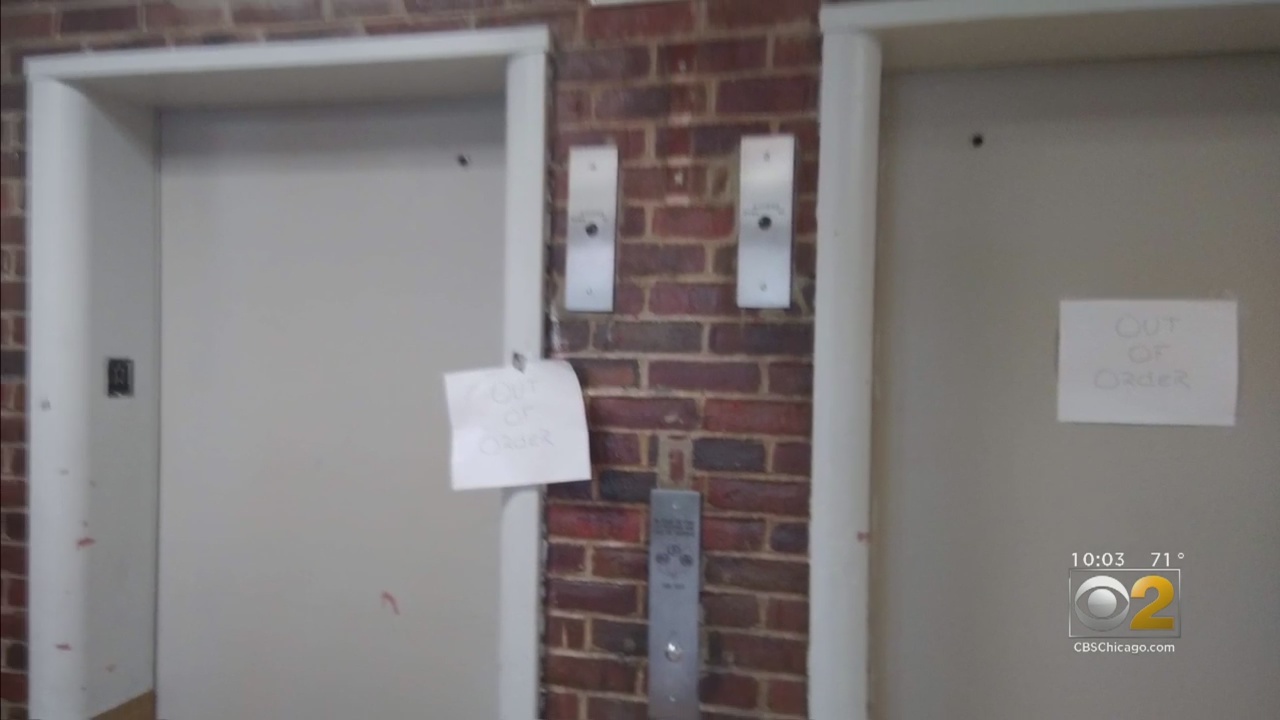 "Out of Order" signs on the elevators greet residents at the Patrick Sullivan Senior Apartments on the Near West Side.

They say at least one elevator has been out for weeks, leaving just two functioning lifts for all of the units. But at times multiple elevators have been down.

"Someone with a hardcore disability is effectively, and -- and pardon my street slang -- a dead duck," said Evans.

"I can't walk or stand over five minutes, so I would be just stranded," said Lorene Young.

Inspection reports show the building has more than 40 elevator code violations going back to 2014. The most recent was last year when the building "failed to maintain electric elevator equipment in safe and sound working condition."

"It is downright unacceptable," said Evans.

The apartments are run by the Chicago Housing Authority.

In a statement the CHA said in part, "The elevators at Patrick Sullivan Apartments are among 150 elevators in 86 CHA properties that are undergoing a total overhaul as part of CHA's Elevator Modernization Program."

"I hope the situation is over before it really gets hot because tempers will flare," said Young.

The CHA expects all of the elevators to be upgraded by 2021.