During Senior Bowl practices, Paea suffered meniscus damage in his right knee, which required surgery and limited the drills he could participate in at the scouting combine. However, Paea was able to perform the bench press, where he knocked out a near-inhuman 49 repetitions of 225 pounds (a combine record).

Considering Paea plays in confined space in the trenches, this off-the-charts raw strength is put to use every play. There was nothing tricky or exotic about Paea's pass rush against the Rams, he simply overpowered the interior of the Rams offensive line.

Defensive tackles play one of the least glamorous positions on the field, yet when they play it at a high-level and cave the pocket from the inside, good things happen. Using NFL GameRewind, it's time to give the Tongan a little love in this week's playbook.

The situation: With :04 left in the first quarter, the Rams have the ball, 3rd-and-10 at the Bears 46-yard line, trailing 3-0. The Rams line up with 3WR-2RB, and the Bears counter with their base nickel package. Paea is lined up in the B-gap (between the guard and tackle) in a 3-technique (on the outside shoulder of the guard) over the Rams Quinn Ojinnaka. 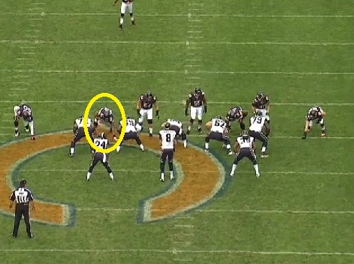 Paea takes an inside path to the quarterback and uses a left arm "hump" move, made famous by the late Reggie White, to knock Ojinnaka off his base: 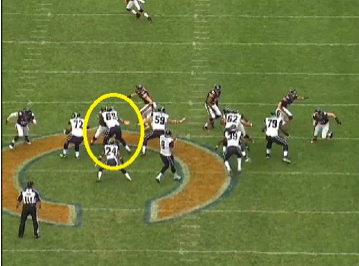 The Rams choose to chip Julius Peppers with Isiah Pead (No. 24), by overpowering Ojinnaka, Paea creates a clear path to Bradford and shows closing speed on the sack. 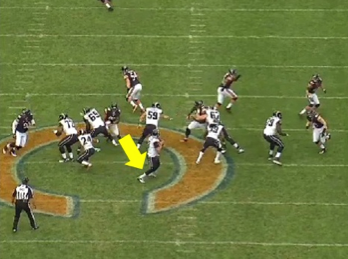 The situation: With 7:42 left in the third quarter, the Rams have the ball, 1st-and-10 at the Bears 29-yard line, trailing 10-3. The Rams line up with 3WR-1TE-1RB, and the Bears counter with their base nickel package. Paea is lined up in the A-gap (between the center and guard) as a 0-technique (on the outside shoulder of the center). 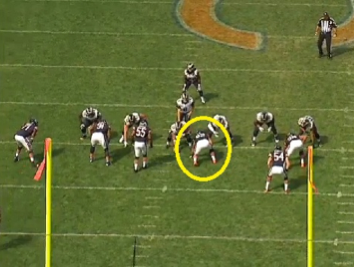 The Rams slide their protection to the right, leaving Paea matched up on Ojinnaka, whom he again overpowers with a hump move, this time with his right arm: 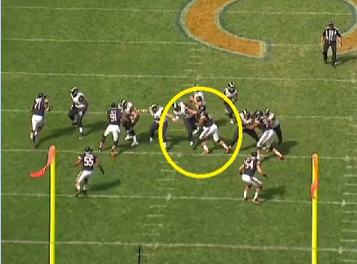 Again, Paea creates a clear path to the quarterback, and forces Bradford to throw the ball away early to avoid a sack. 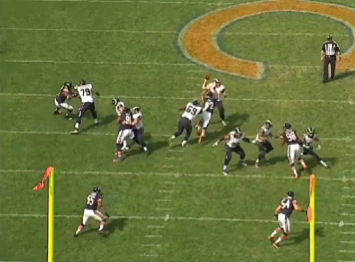 There are countless plays from this game where Paea simply blew holes in the middle of the Rams offensive line. There are also several effort plays that showed me Paea is playing whistle-to-whistle. Playing with hustle is noticed by teammates in film session and it becomes contagious.

Peppers presence alone creates one-on-one match-ups, so all offseason I've written about the need for someone else on the defensive line to step up, particularly someone on the interior. So if Paea (and Henry Melton and Amobi Okoye), continues to cave the pocket from the inside out, the Bears defense will operate exactly as designed.

Paea has admitted to playing last season with a "flat tire," which weakened his base in the running game and took some of his pass rush explosiveness away. Given the injury, it is impressive that Paea was able to register two sacks and six quarterback pressures in limited time last season.

Yes, the Rams offensive line is not good. But there is simply more talent on the defensive line than offensive line across the NFL. So in a passing league, being able to get pressure with four and drop seven into coverage gives the defense a decided advantage.

Monday night will be Paea's 15th NFL game, so he is essentially, still a rookie. Paea is winning match-ups right now with brute force, so as he develops more counter moves, his ceiling is very high. If Paea is able to play at or near this level throughout this season, the Bears may have something very special developing on their defensive line.