CHICAGO (CBS) -- One person is in custody after a shooting incident involving a Chicago police SUV. The vehicle ended up with two bullet holes in the windshield after gunfire near 113th and Avenue L on the city's Southeast Side. 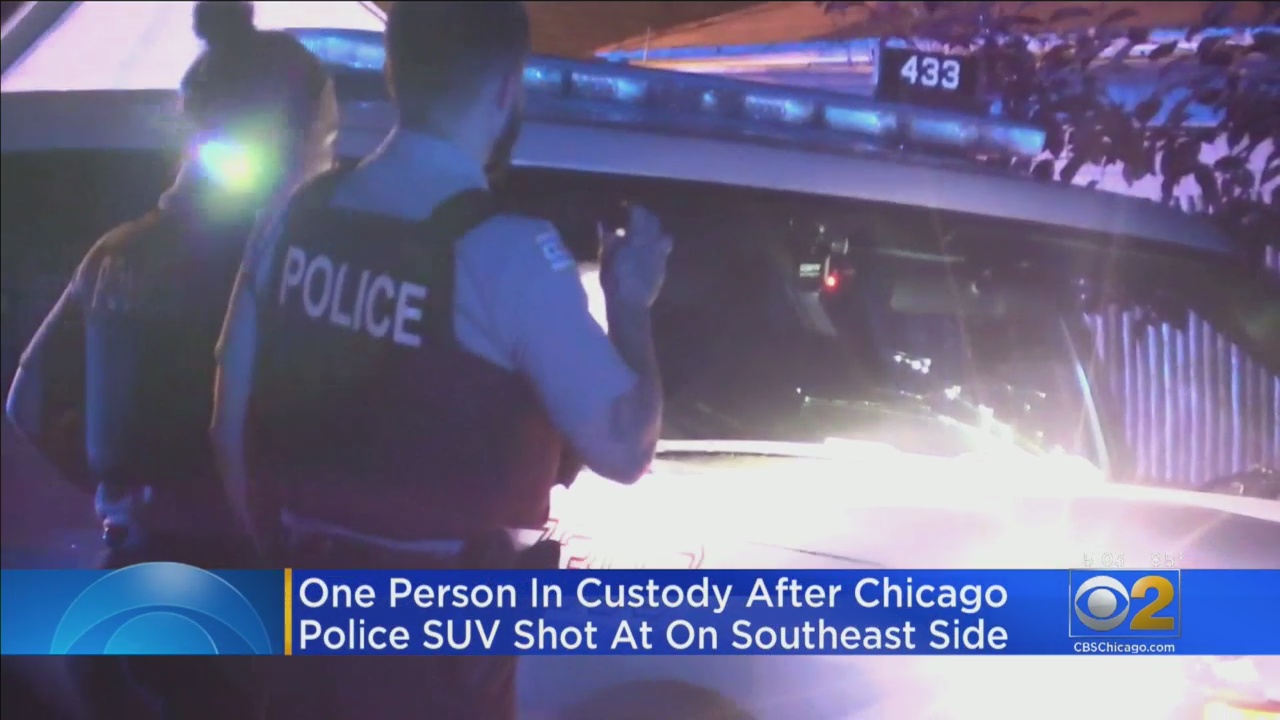 Police were responding to a disturbance in the alley when officers say a man approached in what they described as a "shooting stance."

Officers fired shots, but no one was hurt.

The Civilian Office of Police Accountability is also investigating.