The Tornado Warning was issued for Joliet, New Lenox, and Mokena until 3:30 p.m. when it expired, and there were reports of tornadoes on the ground in Will County.

The National Weather Service reported a tornado possibly on the ground north of Channahon and near Minooka. There was also a non-confirmed preliminary report of a tornado five miles west of Shorewood.

The National Weather Service has issued a for Kankakee and southeast Cook and Will counties in Illinois, and for Lake and northern Newton counties in Indiana. Earlier warnings around the area have since expired.

As a result of those storms, there were reports of downed power lines in Manhattan, Illinois, as well as reports of trees snapped between Morris and Seneca. There was also a report of an overturned semi-trailer truck on Interstate 55 at Arsenal Road in Channahon.

Meantime, a thunderstorm watch is in effect until 9 p.m. for an area stretching from Lake County to the Iowa border, and as far south as Champaign County in Illinois, as well as five counties in Northwest Indiana. Some counties to the west were gradually dropped from the watch.

There have been reports of downed trees and branches in the suburbs, including Libertyville, Island Lake, Prairie Grove, Highland Park, and Woodstock.

Sheets of rain came down in North Chicago, where winds whipped up to 70 mph. Golf ball-sized hail hit the windows of a home in Richmond in McHenry County, and streets were left flooded in Vernon Hills.

The storms also knocked down a big tree on Deerpath Drive in Vernon Hills. 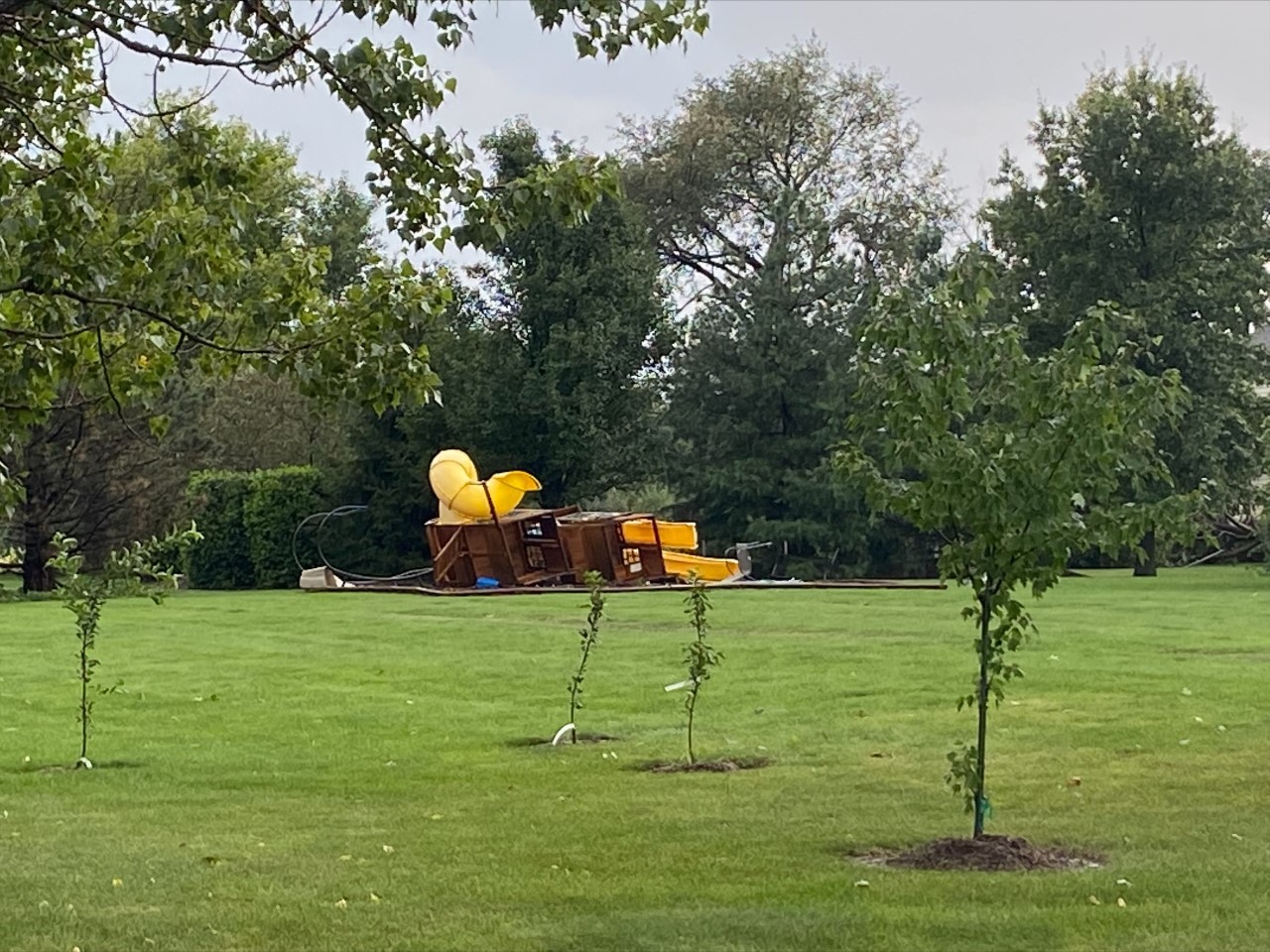 CBS 2 Meteorologist Tammie Souza reports the storms also have brought ping pong-sized hail to some areas in the northern suburbs. The National Weather Service said there also have been reports of egg-sized hail in Lee County, about 100 miles west of downtown Chicago.

The National Weather Service reports the storm also contains wind gusts of up to 70 mph.

CBS 2's Marie Saavedra reports the storms brought heavy rain to north suburban Wauconda, and brought temperatures down at least 15 degrees in a matter of minutes.

The window for stronger thunderstorms will be open until about 8 p.m.

The greatest risk is for damaging wind, but a tornado or two cannot be ruled out.

Storms will wrap up by Tuesday evening as skies clear.

It will be much cooler by Wednesday morning, with temperatures dropping to the 50s overnight.

Quiet weather continues through the week's end, and the heat starts to build again by Friday.