CHICAGO (CBS) -- In his 32 years as a Chicago firefighter, David Quintavalle has put out a few fires, but he could not put out the fire lit by internet trolls this week. The retired firefighter tells CBS 2's Charlie De Mar it's been hell.

Quintavalle has received all sorts of threats this week after he was wrongly identified online and accused of throwing a fire extinguisher at police during the assault on the United States Capitol.

"That's just one of the numerous pleasant calls that I've received during this time," he said.

Quintavalle said he is constantly concerned for his safety.

"My life has changed," he said. "People driving by the house. I was being called a murderer. I was called a terrorist. I was identified as the man that killed the officer in Washington."

This week the FBI identified and arrested Rob Sanford for hurling the  fire extinguisher. He's a retired fire firefighter from Chester Pennsylvania. He is seen in a video wearing a CFD hat. 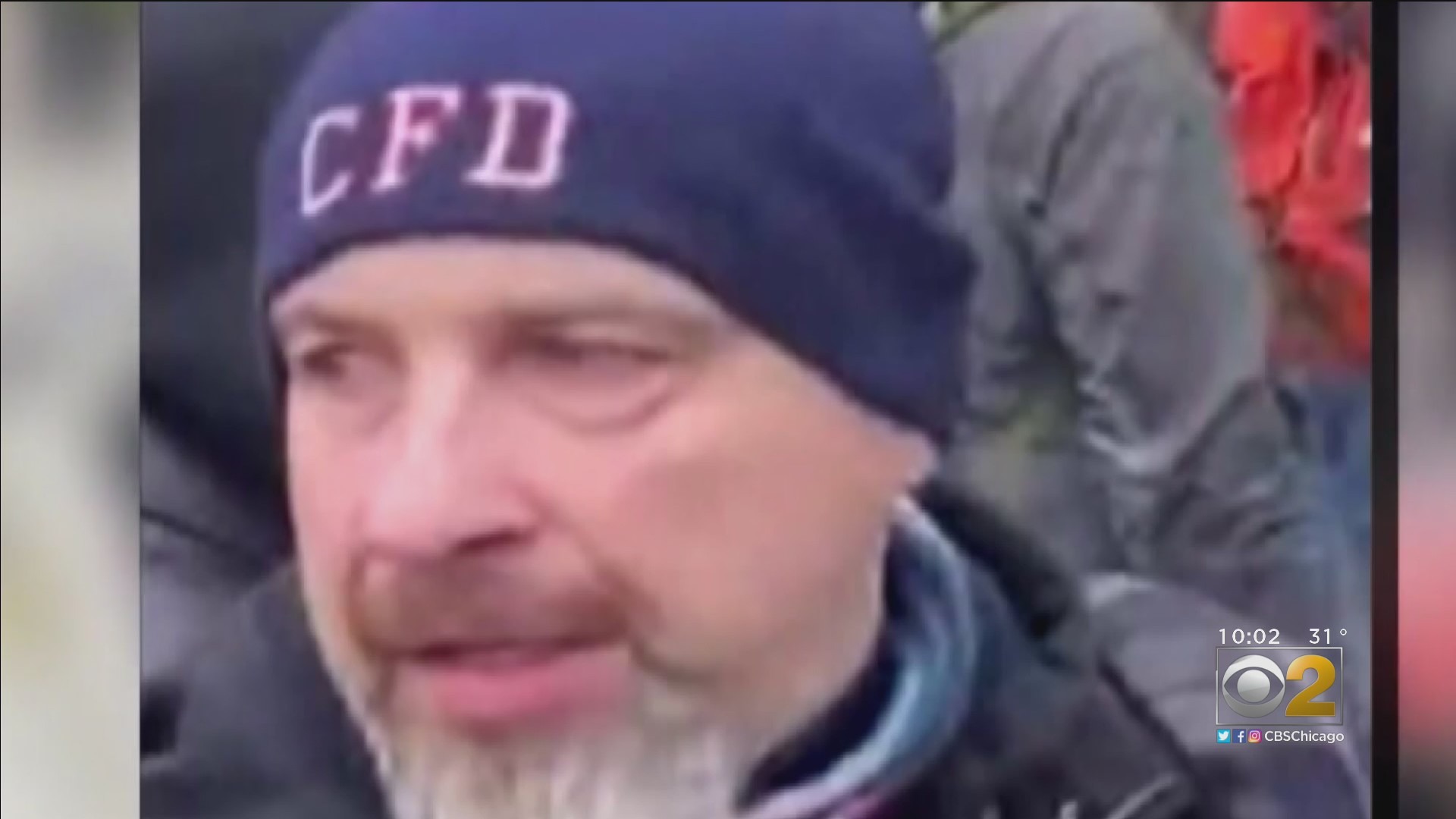 Quintavalle is a former Chicago firefighter.

"We are here to clear David's name.  We want to try, if possible, to restore his reputation," said Quintavalle's attorney John Nisivaco. "This is an unfortunate and sad example of what a case of mistaken identity and social media can do to destroy a man's life."

Quintavalle has the receipts to prove he was not in DC that day. He was some 700 miles away in suburban Alsip.

"I've always thought it was just to return something get my money back," he said. "Not in this case."

He said he hopes he is getting his good name back.

"There's still stuff out there. They may take it down, but it's already been posted. I don't feel the same leaving my house anymore," he said.

Quintavalle said he is not on social media. He found out about the controversy from all of his friends who were sending him screenshots.

Quintavalle's attorney said right now they are focused on clearing his name and regaining his reputation. It is unclear if they will pursue any type of legal action against the person who falsely accused him.

Police have stationed a car outside Quintavalle's house to protect his family.