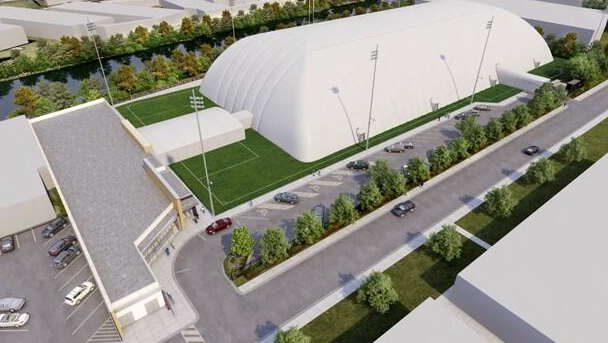 CHICAGO (CBS) -- A big dome is going up on the city's North Side.

It'll be the centerpiece of an entire complex aimed at generating more interest in soccer, most notably the Chicago Fire soccer team.

The Chicago Fire Soccer Center will have a number of indoor fields under its 72-foot high dome that is being built near Addison Street and Talman Avenue.

According to Crain's, the project will cost as much as $20 million and will include outdoor fields, offices and retail space.

Chicago Fire owner Andrew Hauptman said the dome will be a giant billboard for his team and extend the Chicago Fire brand to the North Side.

The team plays its home matches at Toyota Park in Bridgeview.

The dome will be used mostly for recreational soccer leagues, although the Chicago Fire may sometimes practice there.