(CBS) The great mystery has been solved.

Back in 2012, then-Bulls forward Carlos Boozer had a spray-on hair fiasco when he took the floor for a nationally televised game. It infamously drew widespread attention, with no apparent answer for the debacle. 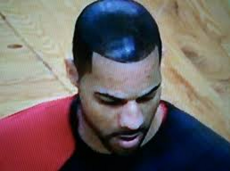 On Tuesday during an appearance on ESPN's Highly Questionable, Boozer finally went into detail.

The explanation from Boozer, as relayed by SB Nation:

"Oh man. Man, listen, so ... truth be told, as you can tell, I started losing my hair a little bit ... they came out with this -- it's like a hair dye, whatever, for men called the 'bigen.' Well, I had one guy that was like, 'Yo, have you ever thought about growing your hair out?' And I was like, yeah, I was thinking about it, until I saw some of these little bald spots on my head. So, I was like, you know, I just cut my hair off. And so he was telling me that he could -- you know, 'grow your hair out, I could cover it up a little bit, and make it look like you got a regular haircut.' So I tried it, and he just made myself look like shoe polish up there ... this is like five years later, and I'm still hearing about it."

Boozer left the Bulls after the 2013-'14 season and played for the Lakers last year. He's currently a free agent.