CHICAGO (CBS) -- A man has been charged with animal cruelty, after police said he was caught on video pulling a dog alongside a moving vehicle in the LaBagh Woods Forest Preserve last week.

Nelson Benitez, of Chicago, was arrested Monday night and charged with one misdemeanor count of animal cruelty, according to Cook County Forest Preserve Police.

Police said video evidence and eyewitnesses confirmed Benitez was the man seen pulling a German Shepherd through LaBagh Woods from a moving car, holding the dog's leash from the open driver's side window.

Benitez posted bond and is no longer in custody.

A spokeswoman for the Forest Preserves of Cook County said, "Based on interviews about the account, inspection of the dog, and conditions in the home, our officers determined there was not cause for removal of the animal."

A woman who witnessed the incident recorded it on video using her cell phone, shouting at the driver to "stop your car!"

Out of breath and frantic, the woman confronted the driver as he sat comfortably in his driver's seat, pulling the dog alongside the moving car, the German Shepherd struggling to keep up. 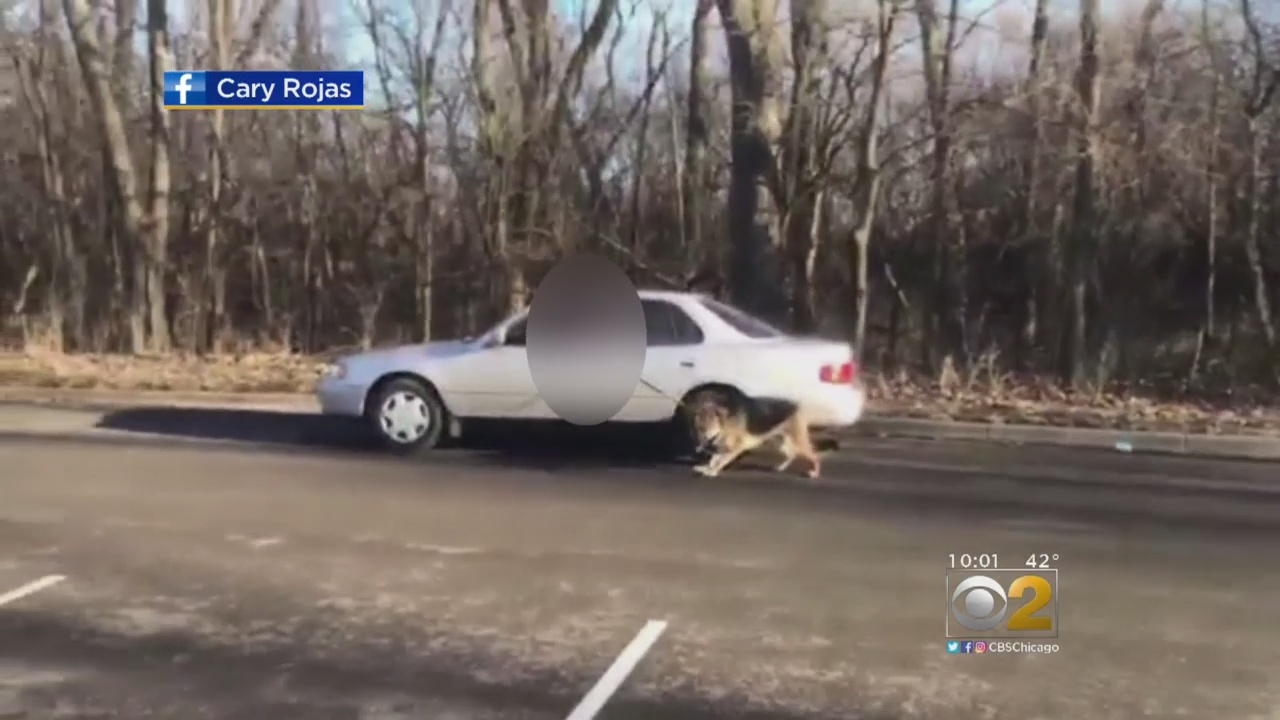 She spoke with CBS 2 saying, "Whether it's an animal or even a baby, as human beings as human beings I think we have to have compassion for them. They rely on us. They're defenseless, so for me to see somebody doing that to an animal, just I couldn't look away, and it looks like others cant either."

The video made its way to Facebook and has been viewed more than 31,000 times.

"It's difficult to discern why anyone could possibly think that walking a dog or dragging a dog, which is more like what it was, by the leash could be acceptable," Dale said. "It looked like the dog was limping to me. The dog can choke to death because of the chain around its neck. It's horrific. And the dog can suffer, and perhaps did, lifelong damage."

The man eventually got out of his car and put the dog in the car as the forest preserve police are called.

"I can't comprehend why anyone would drag a dog along the roadside. Aside from the ethical issue I have, it is, for good reason, against the law," Dale said.

Police said the dog was not injured.