BOSTON (CBS) --- Hold on to your hats and welcome aboard the weather roller coaster!

We are in for a wild weather ride over the next 24 hours. Incredible to think that Boston was 60 degrees Tuesday at 4 p.m. and in just a few days, early Friday morning, the city may challenge a record low temperature (12 degrees).

In just the next 24 hours, most of you will see rain, ice, snow, street flooding and strong winds.  It sounds like a classic springtime storm in New England!

Let's take you through this mess, step-by-step. 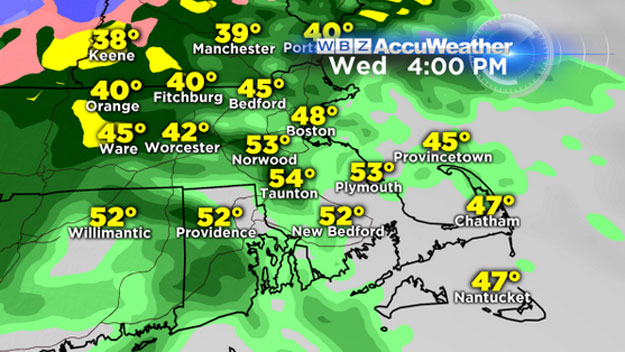 5 p.m.- 11 p.m:  Heavy rain overspreads the area from west to east.  A half-inch to 1.5 inches of rain are likely in this time period, leading to some localized street flooding and ponding on roads.

11 p.m. - 5 a.m:  The big change - temperatures will plunge from north to south, dropping as much as 10-to-20 degrees in just a few hours - your classic definition of "flash freeze." First to plunge will be western Mass. around 11 p.m. and last will be the coastline, around 4 a.m. Any untreated surfaces, roads, etc. will become treacherous. The precipitation will become lighter but also will be changing to a freezing rain and then to snow. By 5 a.m. there will be a layer of ice underneath a layer of fresh snow, especially north and west of Boston. Some delays are possible and the morning commute will not be pleasant. 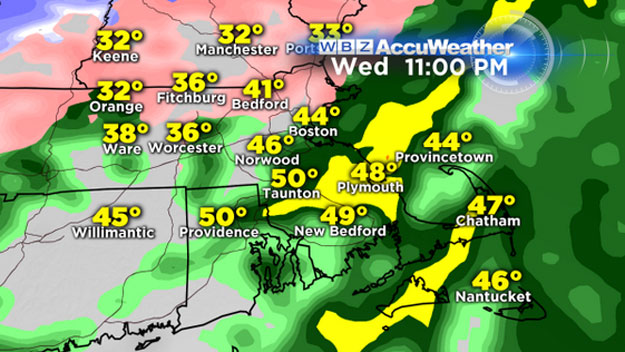 5 a.m.- 11 a.m. Thursday: Light to moderate areas of snow. Expect a widespread coating to 3 inches for all of southern New England. Winds will be howling out of the north 25-to-50 mph with some higher gusts, making the temperatures in the low 20's and teens feel like near zero. Slightly higher snowfall totals (3-to-6 inches) are possible in extreme northern Worcester County and elevated areas in southern Vermont, New Hampshire and in the Berkshires. 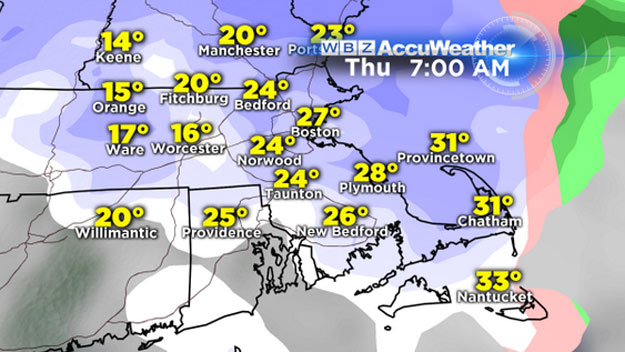 After 11 a.m. Thursday: The snow will taper to scattered flurries but the wind and cold will persist. Actual air temperatures Thursday afternoon will be in the teens to near 20 with wind chills below zero in many areas. It will feel and look like the middle of January.  Good times. 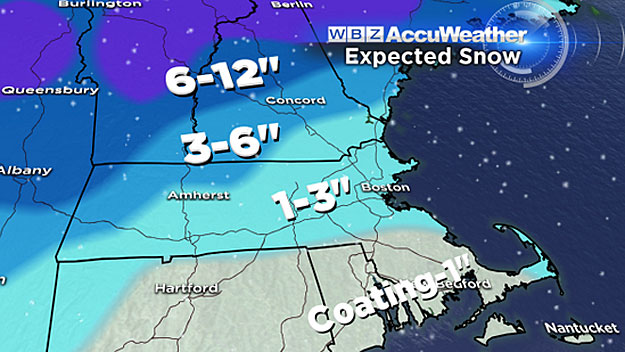 Thursday night and early Friday will be just about as cold as it gets in mid-March. Most of the suburbs will fall to single digits and Boston should challenge the record low of 12 degrees. 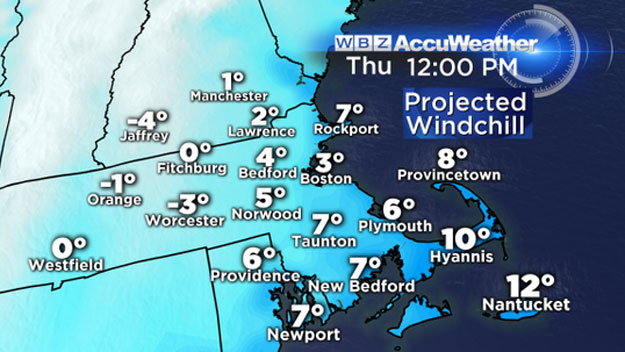 Clearly, winter is not going out without a fight, let's hope spring can hit back just a little bit harder.