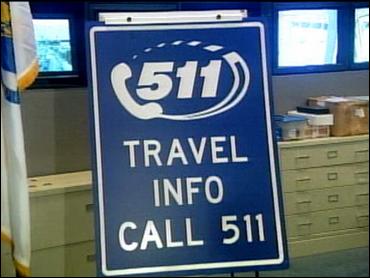 The state's new 511 hotline, the one set up to help drivers avoid traffic, is getting clobbered.

Several people have written to WBZ to complain about 511; Peter from Bridgewater Declared his Curiosity:

"Why did the state change the traffic alert system? The old 511 was so convenient and accurate."

Information comes from traffic command centers and other sources and are disseminated to commuters who dial 511 on their cell phones.

Recently the state awarded its 511 contract to a new company which expanded the system to cover highways statewide, and costs taxpayers zero dollars.

But Peter Brophy says it's taxing his nerves.

"Before they had actual human beings," he recalled.

Other people have complained that it's confusing, counterproductive and pretty useless.

One of the biggest complains drivers have is the way 511 describes back ups using exit numbers not landmarks.

Sendza is the company now running 511, and John Bernardi says his company has already made 15 improvements because of the feedback.

"This system is meant to be much simpler and much less distracting while driving," he said.

The system remembers the roads you asked for last time, so there's no punching in numbers; and on the 511 website, you can customize your traffic report and get text alerts.

"You can choose exactly what segments you want in what directions you want," said Bernardi.

He also explains that the voice on the new system is not a robot, but rather a person whose pre-recorded words are chopped together.

Sendza says within months he hopes commuters will realize how good the new 511 is.