BOSTON (CBS) - We are inching towards the finish line with this nor'easter and it has been a long road.

Many locations will have seen falling snow for nearly 36 hours by the time the last flakes fall from the sky Friday.

We will end up with a huge range of final snowfall totals from around 6 inches in some areas north and west of Interstate 495 to closer to 12-to-14 inches near the Massachusetts coastline to a whopping 18-to-30 inches up in Essex County north of Boston!

This has truly been an Arctic snowstorm.  Temperatures have been in the single digits for the most part, leading to an extremely light and fluffy snowfall. This has helped snow totals pile up quickly in some areas (Essex County) and will also help to ease the big cleanup ahead on roads and driveways across the state.

The snow ended from west to east Friday morning, in Worcester around 7 a.m. and in Boston around 9 a.m.

There may still be some flakes falling in the skies after these hours, but any accumulation will be done.

It will take much longer to wrap up over Cape Cod, Cape Ann and Nantucket. Cold North-Northwest winds flowing over the relatively mild ocean waters will keep the snow machine going over the Cape due to some ocean enhancement.

It's the same idea as what happened over Essex County Thursday, only not quite as much snow expected.

Six-to-10 inches with some spotty higher and lower amounts.

Ten to-14 inches of snow

The winds will be mainly in the 15-to-30 mph range this afternoon, keeping wind chills well below zero all day long.

By all accounts the first two high tides cycles have produced minor to moderate flooding along the East Coast and we are expecting the same for one final high tide midday Friday.

The most severe flooding will likely occur from just south of Boston down through the South Shore to Sandwich and Barnstable Bay.

There could be some pockets of major flooding in this area due to trapped storm surge which has remained close to the coast and never gone back out to sea and an astronomically high tide along with continued strong northerly winds.

After the storm finally moves out to sea and the flakes stop falling one thing will remain (besides the huge piles of snow) - the bitter cold.

High temperatures on Friday will struggle to reach 10-to-15 degrees and will stay in the single digits in many suburbs.

We will challenge many record lows on Saturday morning (-4 in Boston) as just about all of southern New England will fall below zero for the first time in a couple years. 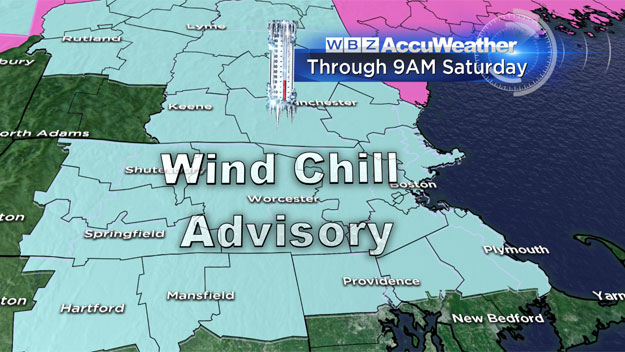 Believe it or not, we may be talking about rain by Sunday night.  The atmosphere will make a quick recovery on Sunday and our next storm on Sunday night and Monday will fall mainly as rain, with perhaps a bit of an icy mix well to the north and west.

Again, when you head out Friday to shovel and snow blow, please be cautious.

It is extremely cold out, wind chills are dangerously low. The kids may want to wait a day or two to hit the hills with their sleds or build the snowman.  It isn't good snowball making snow anyways.