Drivers were met with icy road conditions during the evening commute with snow accumulations of one to two inches. Low temperatures allowed snow to stick to the roads, causing slick spots.

"It was coming down pretty hard earlier in the day," says Hiteshi Auburn of Baltimore County. "I was shocked, I was looking out my windows. I didn't expect this much snow."

Traffic was gridlocked much of the afternoon, and several minor accidents were reported.

"I definitely drove a lot slower today. It was a little slick out their on the roads," Kent Chalmers of Baltimore County said.

A salt truck's load overturned on I-95 North near Laurel, shutting down two lanes and backing up traffic for miles. 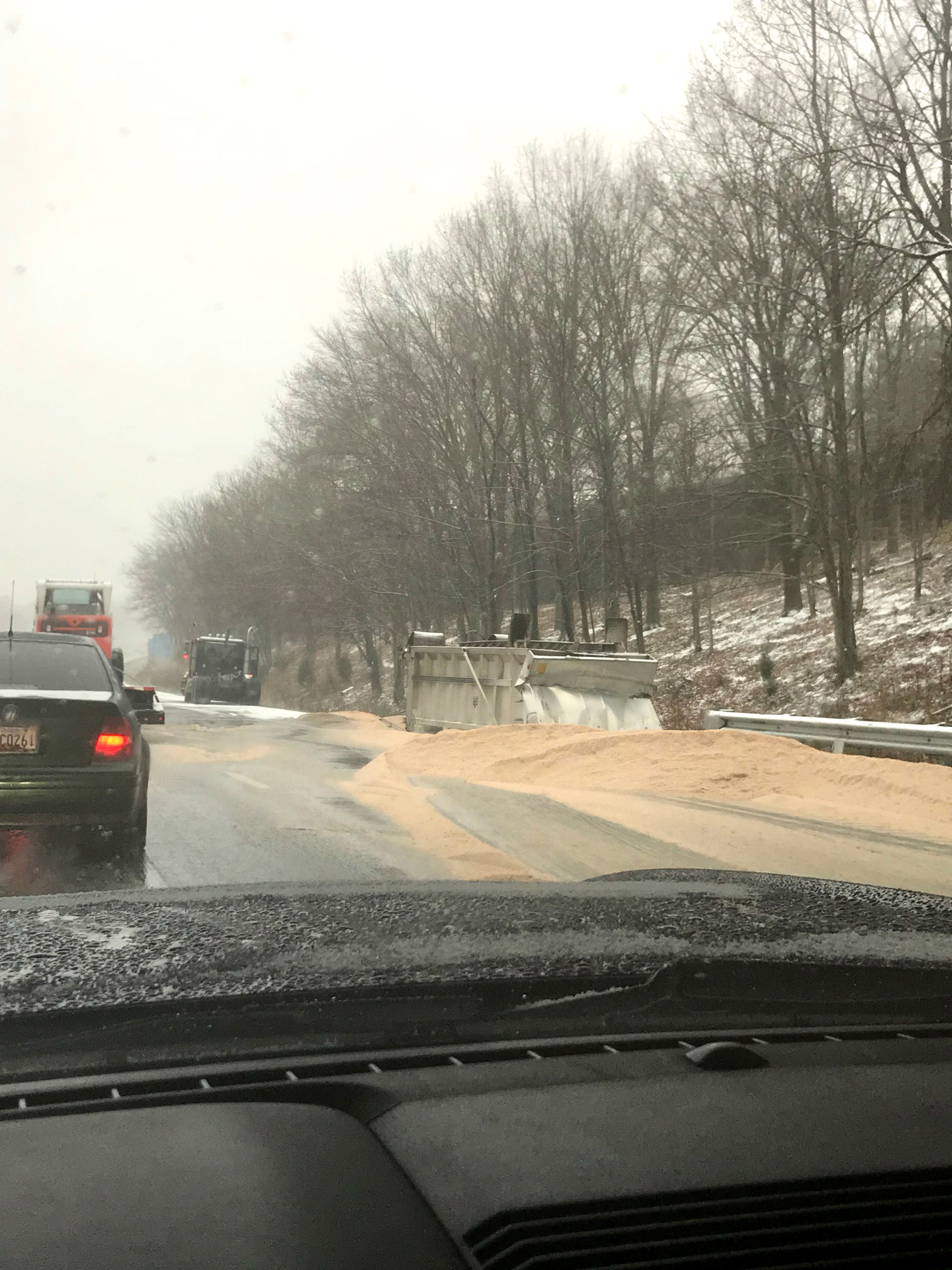 Officials at the State Highway Administration anticipate the overnight hours will continue to be dangerous because the temperatures will be below freezing. A spokesperson said more than 1,200 pieces of equipment have been deployed in an attempt to curtail the formation of ice.

"Right now, we have over 1,200 pieces of equipment out there on the roads. Hardwokring men and women, Marylanders helping Marylanders out there, making sure that as it gets colder and as the icy spots reveal themselves, that we are there to treat it," says John Schofield with the State Highway Administration.

Many area businesses and schools closed early Friday afternoon ahead of the snow.