BALTIMORE (WJZ) -- Two suspects are at large after two women and one man were shot Friday at a shopping mall in Prince George's County, authorities said. 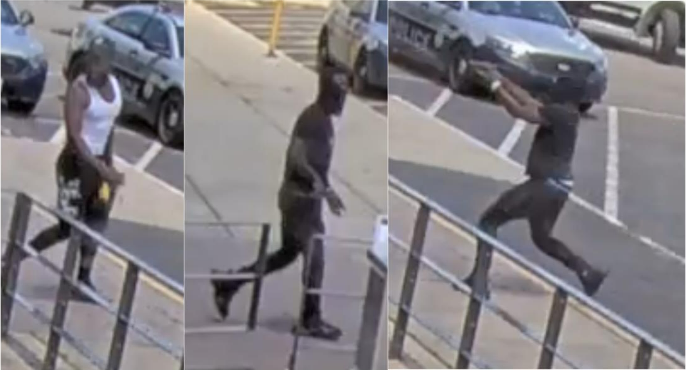 The shooting unfolded about 12:45 p.m. near the entrance to The Shops at Iverson in Temple Hills, Prince George's County Police said.

Two men got into an argument with another group at the entrance of the shopping center, and the argument escalated into gunfire, police said. The two suspects allegedly fled the scene fled on foot.

The male victim is in critical but stable condition, while the women suffered non-life-threatening injuries and were treated and released from the hospital, police said.

Gregorik, an employee of a tattoo parlor on the second floor of the mall, told WJZ he heard shots and then screaming as people ran for cover. Then he took out his cell phone and began recording heavy police presence, and a victim being lifted onto a gurney.

It's the third shooting at this mall in the past year.

"This is a very busy location, I mean a lot of people from the community come through here," Gregorik said.

"We must address these senseless acts of gun violence by any means I don't think any of our residents deserve this," said Prince George's County Police Chief Malik Aziz.

A cash reward is being offered for information that leads to an arrest and indictment in this case.