ODENTON, Md. (WJZ) -- After someone tore down anti-racism signs at Ark and Dove Presbyterian Church in Odenton earlier this week, pastors and church members quickly came together to rally and stand up to the person who took it down.

Within hours of it being taken down on Wednesday, congregants had put the Black Lives Matter back up. They said they're disappointed and angered by the person who took it down and want that person to know this won't stop them from supporting the movement. 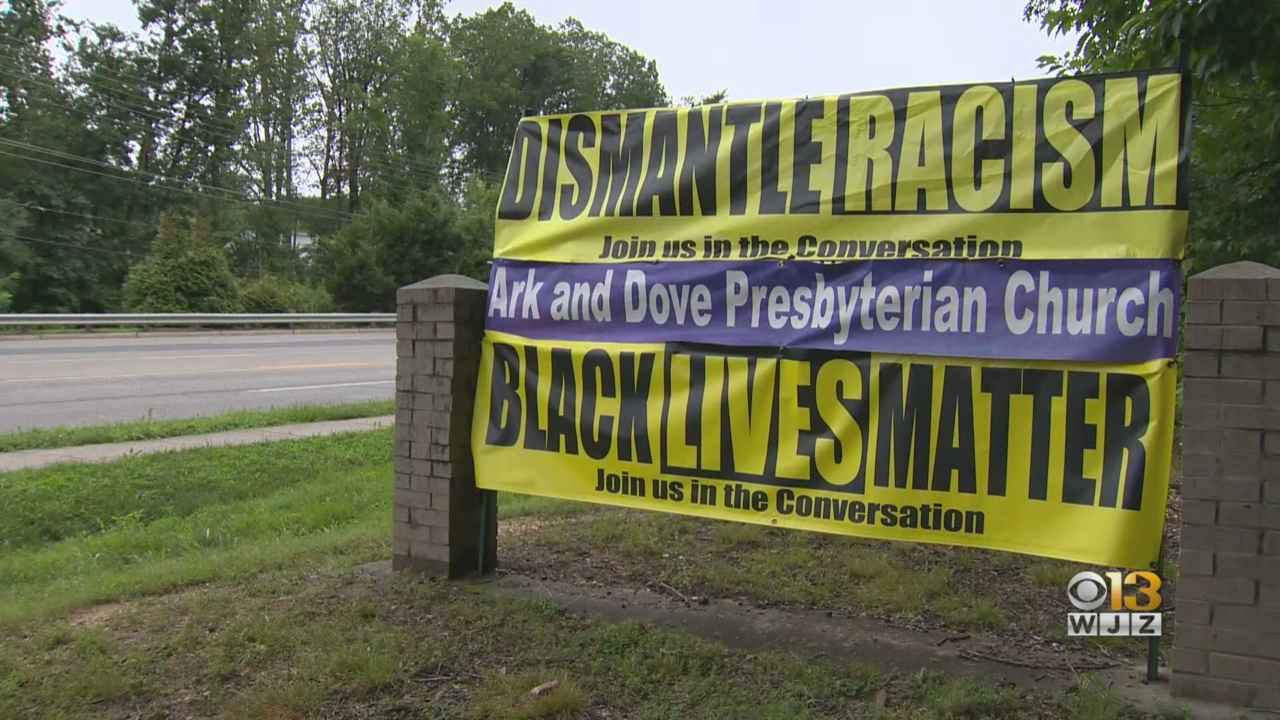 "That sign is up there for a reason because all people are made in the image of God and we want to be their allies," Pastor Timothy Stern said.

On Thursday, church members stood next to the sign with even more signs and posters supporting the Black Lives Matter movement.

"This is an attack on church property but it's also an attack our Black and Brown neighbors," Associate Paster Jon Nelson said.

A neighbor said they saw someone tearing down the banners but aren't sure who it was. The church has filed a report with the Anne Arundel County Police Department.

The group has a message for the person involved: if the sign gets torn down, it will get put right back up again.

"Come on in and join the conversation. We'll talk with you. We're all trying to unlearn the things that our culture has taught us that are racist," Stern said.