Shake off the winter chill to greet the spring season in full force. Baltimore theaters are putting on plays for your entertainment with well-known productions, both old and new, for theater aficionados and newcomers alike.

Don't let the size fool you. This small community theater located on the square in Fells Point houses much talent along with comfortable seating. The theater has been in operation since 1916, and you will find a plethora of dinner options nearby. Now at Vagabond Players is the intense play "Dr. Jekyll and Mr. Hyde," directed by John W. Ford, which runs through March 30. The scientist, Dr. Jekyll, battles with his inner demons after taking a potion that turns him into the unrestrained Mr. Hyde. 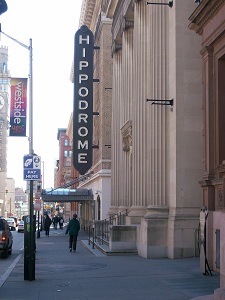 Year after year, the Hippodrome brings hit Broadway plays to the Baltimore area. This spring, the theater delivers again with productions filled with love. You've seen the film starring Patrick Swayze, Demi Moore and Whoopi Goldberg. Now you can catch "Ghost: the Musical," on stage April 8-13. Deeply in love with his girlfriend, Molly, Sam refuses to pass on after his untimely death and attempts to warn her of dangerous people through Oda Mae, a psychic who meets her first ghost in Sam. For one weekend only, the classic musical "West Side Story" will be shown April 26-27. This modern Romeo and Juliet tale follows rival gangs, the Sharks and Jets, whose hate for each other often results in violence on the city streets. Tony and Maria, reluctant members from each gang, meet and fall in love. 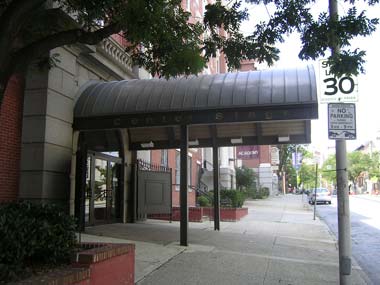 You're guaranteed a great value at this Mount Vernon theater, where season tickets and memberships are available at affordable prices. Showing now through April 6 is Shakespeare's comedy "Twelfth Night," directed by Gavin Witt. Twins, Viola and Sebastian, each believe the other is dead after surviving a shipwreck on the foreign land of Illyria. Viola, dressed as a man, falls in love with the Duke Orsino, but unwittingly catches the eye of the duke's interest, Olivia. When Sebastian resurfaces, things only get more hilariously confusing as story lines of mistaken identity, scheming and love become further tangled. 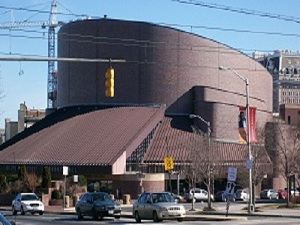 A real blast from the past is coming to the beautiful Meyerhoff on May 10: The Temptations and the Four Tops. Forget boy bands, these male vocalists of 1960s help the magic of Motown to reverberate through the years. Sing along to hit favorites "My Girl" and "The Way You Do the Things You Do." Also featured at the Meyerhoff from May 30 to June 1 is "A Midsummer Night's Dream: A Concert." Marin Alsop conducts while Edward Berkeley stage directs this fusion of orchestra and theater showcasing Shakespeare's tale of a feuding fairy king and queen who intervene in the lives of mortal visitors to their forest.

Take the entire family out to see "Shrek the Musical" on March 28 through June 22. This is not only a great play for children but also for adult fans of the film. This story follows everyone's favorite ogre, who would like nothing more than to remain in his swamp and scare villagers. Shrek reluctantly pairs up with a talkative donkey to rescue a princess from a fire-breathing dragon. Fairy tale creatures come to life in this unorthodox story of love, friendship and not judging by appearances. During the show, you can enjoy an expansive buffet, unique to each production at Toby's.