BALTIMORE (WJZ) -- Police are investigating a possible hate crime in Baltimore County after a man fires a BB-type gun at several people while yelling an anti-Semitic slur. It happened near a synagogue on Old Pimlico Road.

Derek Valcourt explains why it has some in the area so upset.

This quiet stretch of Old Pimlico Road gets a lot of foot traffic, especially on Jewish holidays like Rosh Hashanah.

On Thursday, as three Jewish teens were leaving the Bais Hamedrash and Mesivta of Baltimore, a passing driver pointed some type of BB gun at them and screamed "Jews, Jews, Jews." He fired and missed. The pellet struck the synagogue window, leaving a small hole. The driver took off. 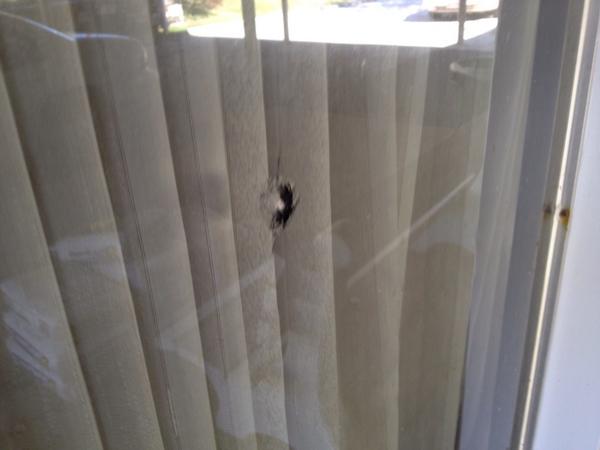 Police are officially investigating this as an incident of bias.

"We want to stop that. We want to let people know that's not going to be tolerated in our communities," said Cpl. John Wachter, Baltimore County Police.

WJZ wanted to speak with leaders at Bais Hamedrash and Mesivta about the incident, but they were observing the Jewish holiday and therefore not available.

"I think it happens more during the holidays," said Yitz Fleischman.

Those who live nearby are disgusted to hear about the incident.

"It says something about what is going on in the world in terms of the antisemitism that is growing," said Bernice Seiden. "And that always grows in times of economic pressure."

"It's awful. It's a very sad state that that's what we have to deal with. Nothing is safe and nothing is sacred anymore," Marcy and Steve Sher said.

The suspect is described as a white male with brown hair and a dark complexion--possibly of Middle Eastern descent. He was driving a Toyota Corrolla or Prius with tinted windows. The top half of the car was black and the bottom half of the car was white.

Baltimore County State's Attorney Scott Shellenberger says if the suspect is caught he could be charged with a hate crime in addition to other criminal acts.

Anyone with information on the case is urged to call Baltimore County Police at 410-307-2020.