BALTIMORE (WJZ) -- A report from Baltimore's inspector general did not find evidence that a city employee removed multiple pieces of Black Lives Matter artwork from Patterson Park due to racial motivations.

On July 31, parks department employees removed the art pieces, believing the art was not permitted when in fact it was. 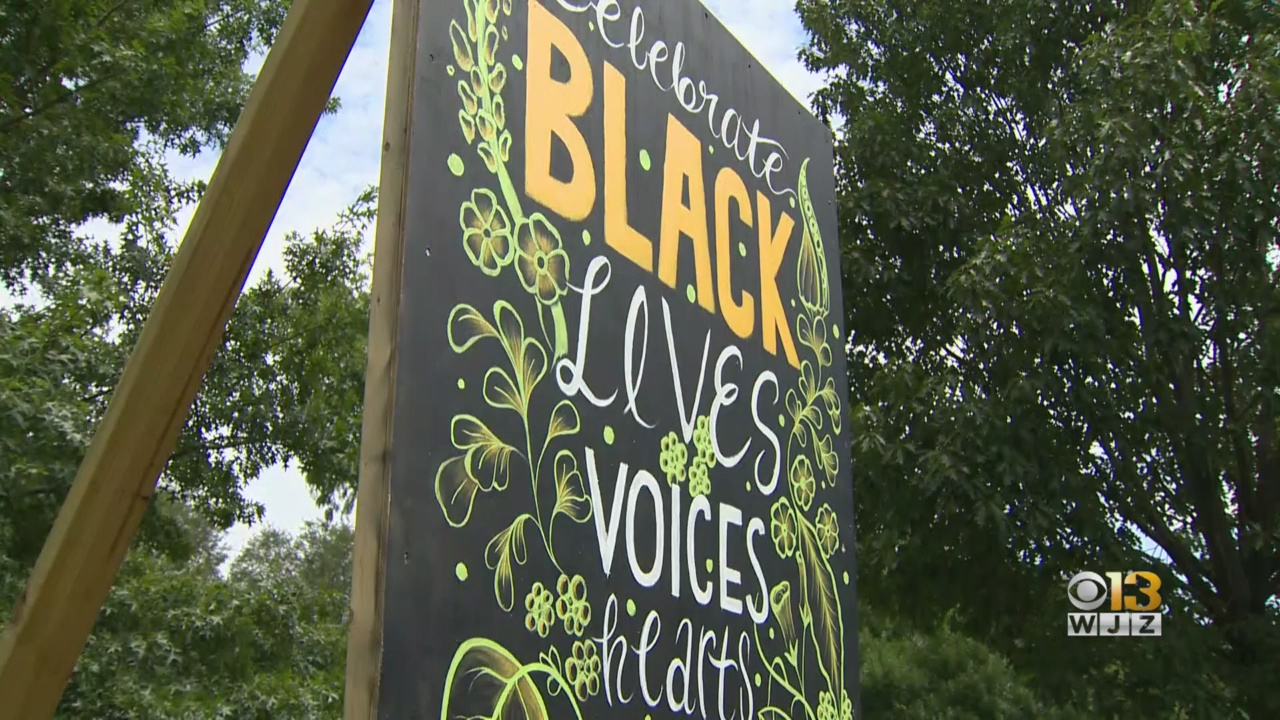 The department blamed a "miscommunication" for the removal, adding the pieces were reinstalled within an hour once it became clear they were indeed permitted.

In a statement at the time, the department said:

"Months ago, community members and artists brought an opportunity to BCRP for a Black Lives Matter art installation to be featured in Patterson Park. BCRP expressed our excitement to welcome such a relevant and thoughtful project to one of our most prominent parks. We granted the permit and looked forward to the final installation. Unfortunately, due to a recent change in staff, a miscommunication occurred resulting in the removal of some of the artwork. Due to the diligence of a community member, this was brought to our attention and the pieces were restored within the hour."

"Additionally, diversity and equality are of the upmost [sic] importance to our agency, that fact is reflective in our leadership, our staff and those that we serve. In addition to restoring the artwork, it has also been brought to our attention that a member of our staff has been suspected of conduct not reflective of our values. We take such allegations very seriously. All claims will be investigated and addressed."

The report, released Thursday, said one of the employees, who is Black, was a "willing participant" in the removal of five pieces of artwork.

It added the employee said the installation was not on a list of permitted works.

That employee said its removal was not racially motivated but rather due to miscommunication.

In early August, the city and the artists involved met to discuss the incident.

The report also did not substantiate claims that the other employee involved in the artwork's removal was racist or homophobic despite other department workers saying they heard that employee make disparaging comments about the LGBTQ and Latino communities.

According to the report, once another employee mentioned that some of the man's comments were insensitive, there were no further issues. The employee in question also said he is a member of the LGBTQ community and engaged to someone who is Black.

The report did find, however, that the man did perform work outside the scope of his job on two separate occasions.

Stay with WJZ on this developing story. To get breaking news alerts, download our app now!