Police arrested Bruce Edward Dabrasky Jr., 37, and Elizabeth Ann Ocus, 34, for possession of multiple drugs and other offenses. Police tell WJZ it was a concerned neighbors that tipped them off.

"It's disappointing because you never know what's around the corner," said neighbor Stephanie Kijak.

"This is just something that came in from a community member who had their eyes and ears open," said Lt. Ryan Frashure of the Anne Arundel County Police.

"My husband and i always wondered why people sent their kids there we heard the parents all the time yelling at their own kids and using foul language," said Kijak. "

Many neighbors had little interaction with the couple but say their behavior is reckless.

Police say there are no reports of any children being harmed but it's a cautionary reminder to parents.

"Do interview, go to the home know who is watching your kids," said Frashure. 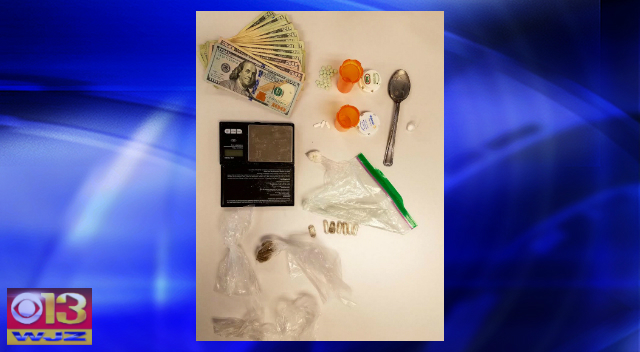