County police responded to several reports about groups of juveniles causing a ruckus at the shopping center on Saturday evening.

When officers arrived, they found a large group of juveniles inside of the mall, police said.

"As that group was being dispersed, two of our officers were pepper-sprayed, a security guard was assaulted," Baltimore County Police Department spokesperson Joy Stewart said at a press conference on Sunday.

Officers arrested the six juveniles and pressed a variety of charges against them spanning from disorderly conduct to assault, Stewart said.

County police allege that four of the youth were connected to the pepper spray incident, a fifth juvenile is accused of assaulting a security guard, and a sixth exhibited disorderly conduct.

Multiple officers stayed at the shopping mall to ensure the crowds safely dispersed. The increased police presence created a bit of traffic congestion, according to police.

Stewart said investigators were looking into whether the security guard and officers were intentionally targeted given that "they were the ones that were pepper-sprayed."

There is also the possibility that the juveniles intended to target someone else and sprayed the officers amid the hubbub, she said.

"We're working closely with the mall management to see if there was something that may have been scheduled at the mall that would attract such a large group of juveniles," Steward said.

Towson resident Louisa Dugan-Rothenstein said that violent acts seem to be more common as the population grows in Towson.

"It never felt threatening to be in Towson and so to have that is a little bit sad," she said. 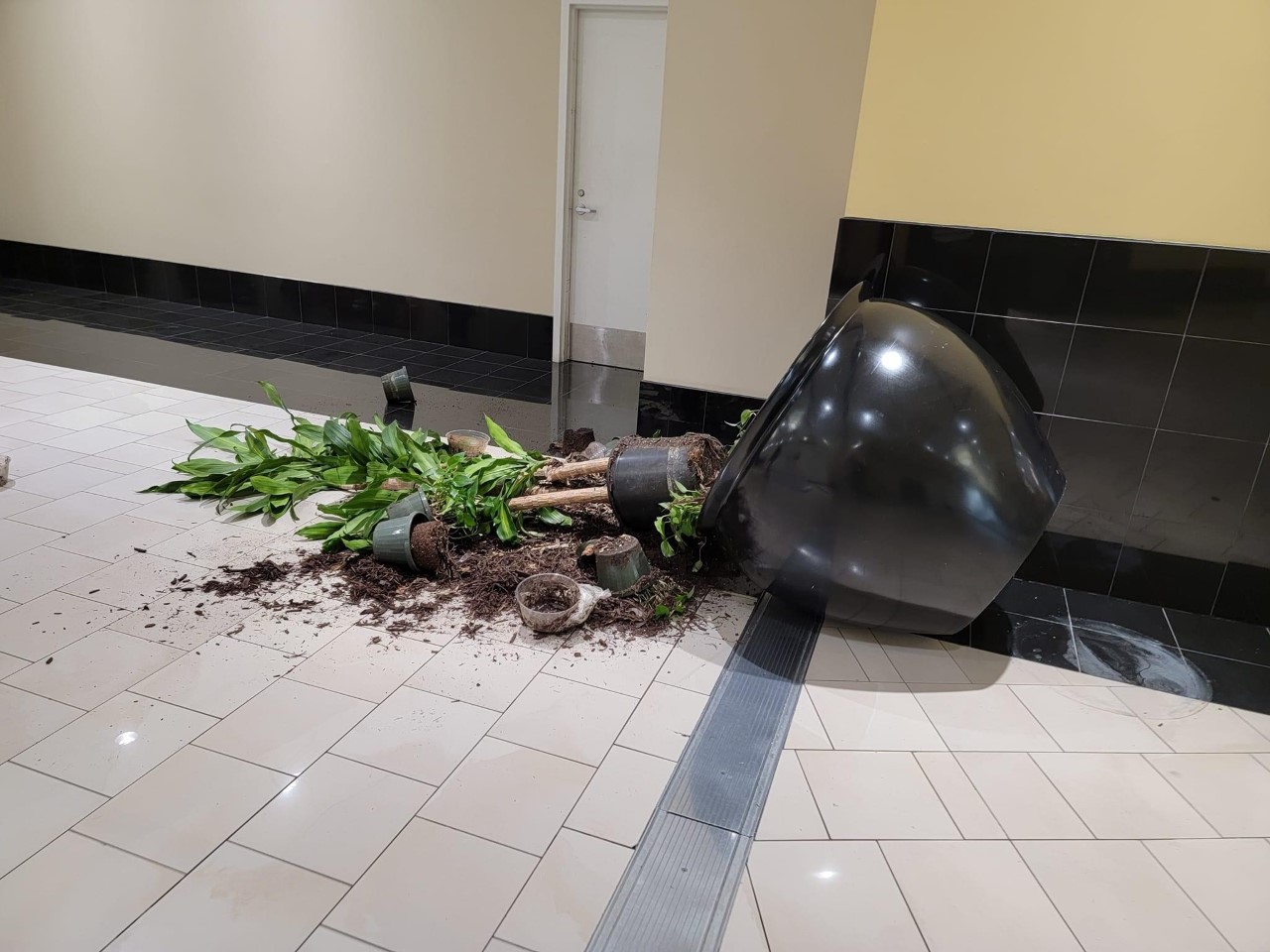 County Executive Johnny Olszewski issued a statement Sunday morning, noting that he expected young people of Baltimore County "to behave appropriately."  He said he is "working closely with the police department and Towson Town Center management to understand what happened there last night and to ensure it doesn't happen again."

Lindsay Kahn, a spokesperson for Brookfield Properties, which leases retail space at Towson Town Center, told WJZ that it has zero tolerance for that type of behavior.
She noted that Brookfield Properties implemented a parental-guidance requirement following disruptions from juveniles in 2016 in an effort to reduce those types of disruptions.
Kahn declined to way whether additional security guards would be assigned to the shopping center.