Detectives say they were informed of an armed juvenile in the 2300 block of East Monument Street and located the suspect coming out of a store, where he attempted to flee.

Officers were able to arrest the boy who had a loaded .38 caliber revolver in his pants. 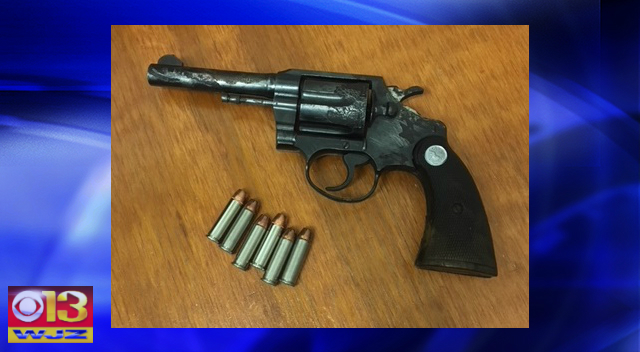 The boy was taken to Juvenile Booking where he was charged with handgun violations.