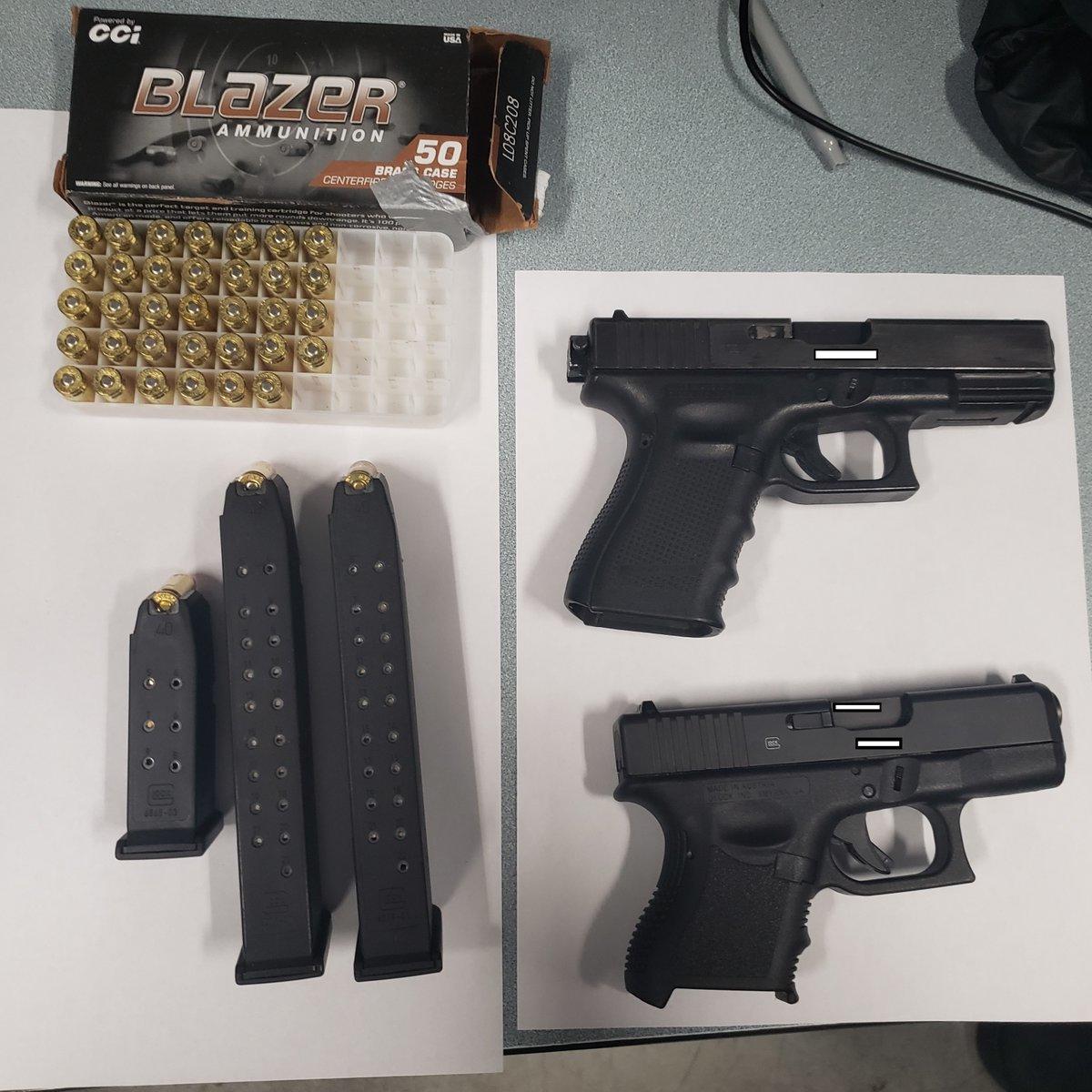 SAN FRANCISCO - An investigation into an armed robbery Wednesday afternoon led to the arrests of 2 people and the confiscation of 2 firearms, according to a press release from the San Francisco Police Department.

On Wednesday, San Francisco Police officers from Northern Station responded to Fillmore and Broadway Streets regarding a report of an armed robbery. Once on scene, officers met with a woman who stated that while she was walking, she was robbed of her backpack and cell phone by an unknown suspect who pointed a gun at her before fleeing in a car.

Officers searched for the suspect vehicle and eventually located a vehicle matching the description in the Tenderloin. Police intercepted the vehicle on O'Farrell Street in a traffic stop, which was occupied by a driver and a passenger who were identified as the robbery suspects.

A search of the vehicle resulted in the recovery of the victim's stolen property and the seizure of two loaded firearms, two extended magazines, and additional ammunition.

Kilson was transported to the San Francisco County Jail and was booked for several felonies, including robbery, conspiracy, possession of stolen property, and assault with a firearm.

Calvin was also transported to the San Francisco County Jail and was booked on similar charges.

Anyone with information regarding the robbery is asked to call the SFPD 24-hour tip line at 1-415-575-4444. Language access services are available through this phone number. You may also Text a Tip to TIP411 and begin the text message with SFPD. Callers may remain anonymous.