The department tweeted just before 3 p.m. that there was police activity near the shopping center located at 1000 Stoneridge Mall Road.

Police later clarified that they received reports of shots fired in the area at around 2:21 p.m. 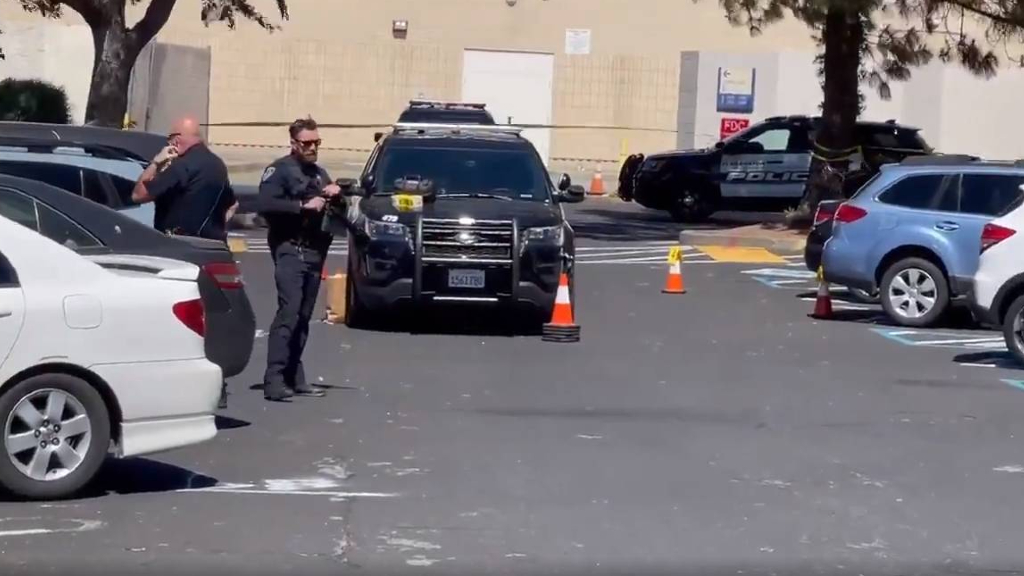 A short time later, officers received information that a subject entered the mall before fleeing through another exit. Officers conducted a search of the shopping center and the surrounding area, but were unable to locate any involved subjects.

Police cordoned off an area of a second story parking lot at the mall during the investigation, according to KPIX reporter Juliette Goodrich, who was at the scene.

Officers cleared the parking lot area while searching for a suspect. No injuries were reported.

Pleasanton police officers were still at the scene as of early Tuesday evening and the investigation is ongoing. Stoneridge Shopping Center remained open for business.

Anyone who witnessed the incident or may have additional information regarding the case is asked to call the Pleasanton Police Department at (925) 931-5100.