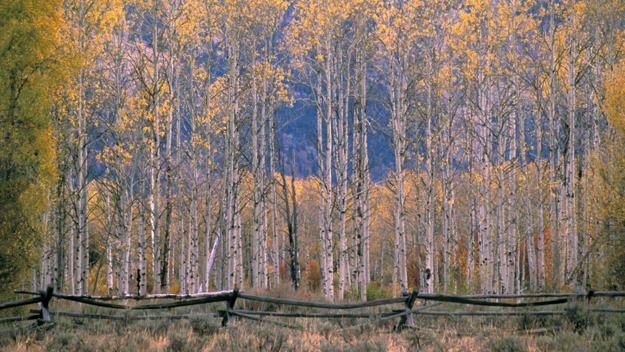 The winter ski season has begun and resorts across the country are opening their doors to countless numbers of outdoor enthusiasts. One of the premier winter destinations in the country is Jackson Hole, Wyoming, less than 60 miles south of Yellowstone National Park near the Idaho border. Much of the national acclaim for this area can be credited to winning multiple awards for Best Ski Resort in the U.S. But Jackson Hole is not just a popular winter destination. Indeed, during the summer, the southern gateway to two of the country's finest national parks is full of exceptional outdoor activities. This travel guide is intended primarily for outdoor lovers, but can also serve as a valuable resource for anyone thinking of visiting this amazing outdoor retreat.

How To Get To Jackson Hole

An estimated 300,000 visitors fly into Jackson Hole Airport, nine miles north of the town of Jackson. American Airlines, Delta Air, Skywest and United serve the airport seasonally, with direct service from several American cities, including Dallas/FT Worth, Chicago, San Francisco and Los Angeles. Additional service from other cities like New York, Seattle and Denver is available during the winter months.

Arriving passengers can find many car rental agencies located on the airport grounds, including Avis, Hertz, Enterprise and National. Additionally, there are more than 20 taxi cab companies serving Jackson Hole Airport, in addition to executive services and shuttle services provided by AllTrans to Jackson or Teton Village.

Greyhound offers several bus routes into Jackson with service from cities like Phoenix, San Francisco, Chicago, New York and Houston. A complete list of all destinations can be found on Greyhound's official website.

Jackson and Jackson Hole Mountain Resort are both located on U.S. Route 191, which extends north to the Canadian border and south at the Mexican border. The nearly 1,625 mile-long route connects with several interstate highways like I-10, I-40, I-80 and I-90.

From affordable motels to big sky wilderness resorts, there is a little something for everybody in Jackson Hole. More than 40 hotels and motels are primarily in two areas — in Jackson, the largest town in Teton County, and Teton Village, located at the base of the 10,536-foot Rendezvous Peak within the southern portion of the majestic Teton Range.

There are also hundreds of vacation rentals in the area, from studio apartments to five bedroom homes with a full kitchen and fireplace. Visitors interested in vacation rental can visit reliable online businesses like VRBO and Flipkey or regional sites like the Jackson Hole Chamber of Commerce.

Jackson Hole is a year-round destination with a variety of outdoor things to do, especially during the peak winter and summer months. But because there likely won't be golfing in winter, as there won't be skiing in the summer, each season generally offers its own unique set of outdoor activities. The following introduces visitors to both winter and summer outdoor activities.

From sleigh rides and snowmobiles to skiing and snowboarding, there is a wealth of winter activities in Jackson Hole for the outdoorsman and all other visitors.

The premier attraction is Jackson Hole Mountain Resort, widely considered one of the best ski resorts in the country.

While Jackson Hole Mountain Resort is world famous for its legendary snow powder and boasts one of the highest vertical drops in North America, it's not the only ski resort in the area.

The closest is Snow King Resort, located within the city limits of Jackson and the area's oldest ski area, founded in 1939. Further north of Jackson Hole Mountain Resort is Grand Targhee Resort, which requires a drive south on Highway 390 before connecting northwest into Idaho then back across the border to Alta, along the western slope of the Teton Range. The latter may seem desolate, given its distance away from the other two areas, but it's open year round and offers a similar number of activities.

Due to its perennial national ranking Jackson Hole's winter activities receive most of the attention. However, there are a greater number of outdoor activities to enjoy long after the snow disappears. There's also a greater amount of places to stay, since winter camping and RV parking isn't nearly as popular when there is warmer weather and clear blue skies above.