OAKLAND (CBS SF) -- The Oakland A's were mum Friday afternoon over whether the team and the city will continue to negotiate over a new stadium in Oakland.

The silence comes after Oakland Mayor Libby Schaaf said that lawyers on both sides will continue negotiations toward an agreement.

"We are going to resume our talks with the A's," Schaaf said Thursday. "The lawyers are starting to draft a final agreement." 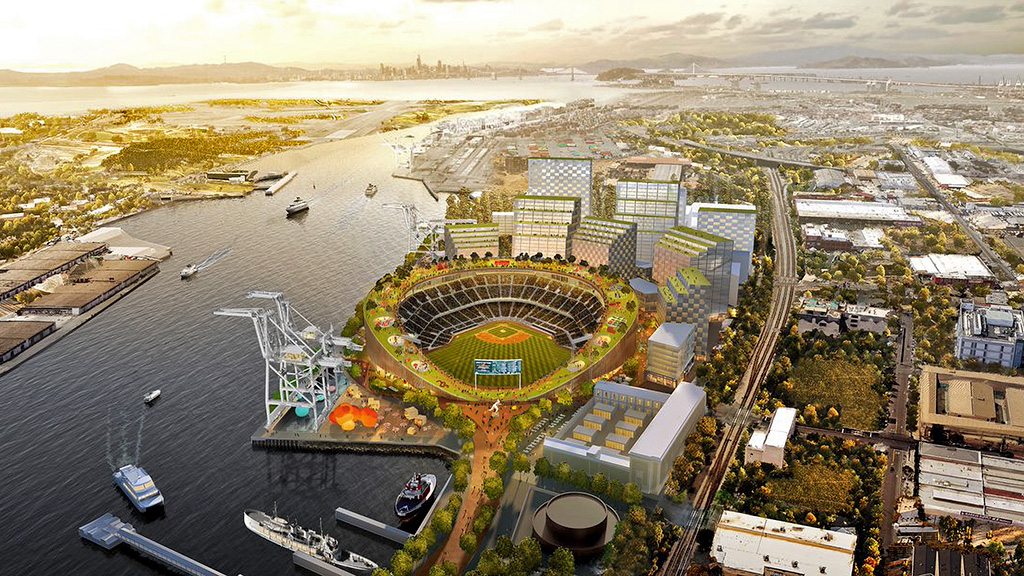 City council members last week approved a non-binding financial plan for a stadium at Howard Terminal, the terms for which the A's didn't agree with.

Oakland A's President Dave Kaval said then that the A's had not seen some of the terms until the day the council voted on them. He said Major League Baseball would immediately evaluate the city's proposal.

"Unfortunately, I can't provide a comment," Oakland A's spokeswoman Catherine Aker said Friday when asked whether "the Oakland A's are going to continue negotiations with the city of Oakland over a new ballpark at Howard Terminal."

"Lawyers from both the City and the A's have agreed to continue working towards an approved project," said Justin Berton, Schaaf's spokesperson.

"Mayor Schaaf and City staff are excited about the progress that is being made. This moves us one step closer to making the vision of a world-class waterfront ballpark a reality," Berton said.

The $12 billion project would include a $1 billion, 35,000-seat ballpark as well as adjacent development including up to 3,000 residential units, a hotel with about 400 rooms, 1.77 million square feet of commercial space and a performance venue seating about 3,500 people.

Major League Baseball has told the A's to consider other cities for a new place to play. Kaval has said publicly that in Oakland it's Howard Terminal or bust.

The A's have already visited Las Vegas and Kaval has previously said Howard Terminal and Las Vegas are "parallel" paths the team is pursuing.

The A's wanted the city council to vote on the non-binding financial plan the team put forward in April. But, the council chose to vote on an amendment to that.

Kaval was happy that six city council members voted yes for the Howard Terminal proposal but disappointed that the council did not vote on what the team proposed.

Following that vote, he said that the A's hope they can get final approval from the Oakland City Council on a new stadium by the end of baseball season.