(CBS NEWS) - Cash-strapped friends Max and Caroline are about to make a wealthy acquaintance.

Kim Kardashian West is scheduled to make a guest appearance this fall in the season 4 premiere of the hit CBS sitcom, "2 Broke Girls." 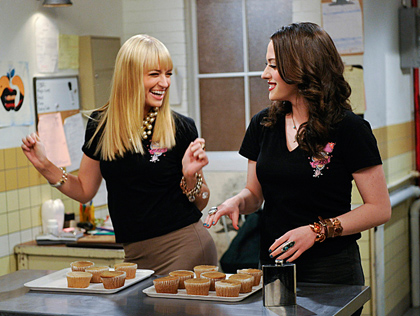 The 33-year-old reality starlet revealed on Twitter that she had shot her scenes Monday with series leads Kat Dennings and Beth Behrs:

The plot of the episode will involve a TV producer who approaches Max and Caroline to shoot an episode of "Keeping Up with the Kardashians" in front of their cupcake window.