It was the Warriors third NBA title in four straight NBA Finals -- all against Cleveland.

Cleveland star LeBron James -- playing in his eighth straight NBA Finals -- left the game with 4:03 remaining and his team trailing 102-77. The crowd rose to salute him in what may be his last game as a Cavalier. He finished his remarkable playoff run by scoring 23 points, pulling down seven rebounds and dishing off eight assists. 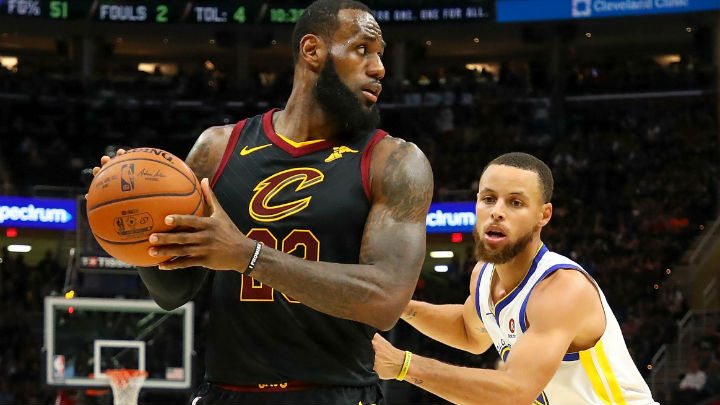 As they have all season, the Warriors used an overwhelming third quarter to clinched the win. Golden State throttled Cleveland, holding the Cavs to just 13 points.

Klay Thompson, who did not score in the first half, scored 10 points to lead Golden State to an 86-65 lead after three quarters.

While Curry was the star of the night, Kevin Durant also had a standout performance, picking up the first playoff triple double of his career. He finished the night with 20 points, 12 rebounds and 10 assists.

For his overall playoff performance, Durant was named the MVP of the NBA Finals for a second straight season. 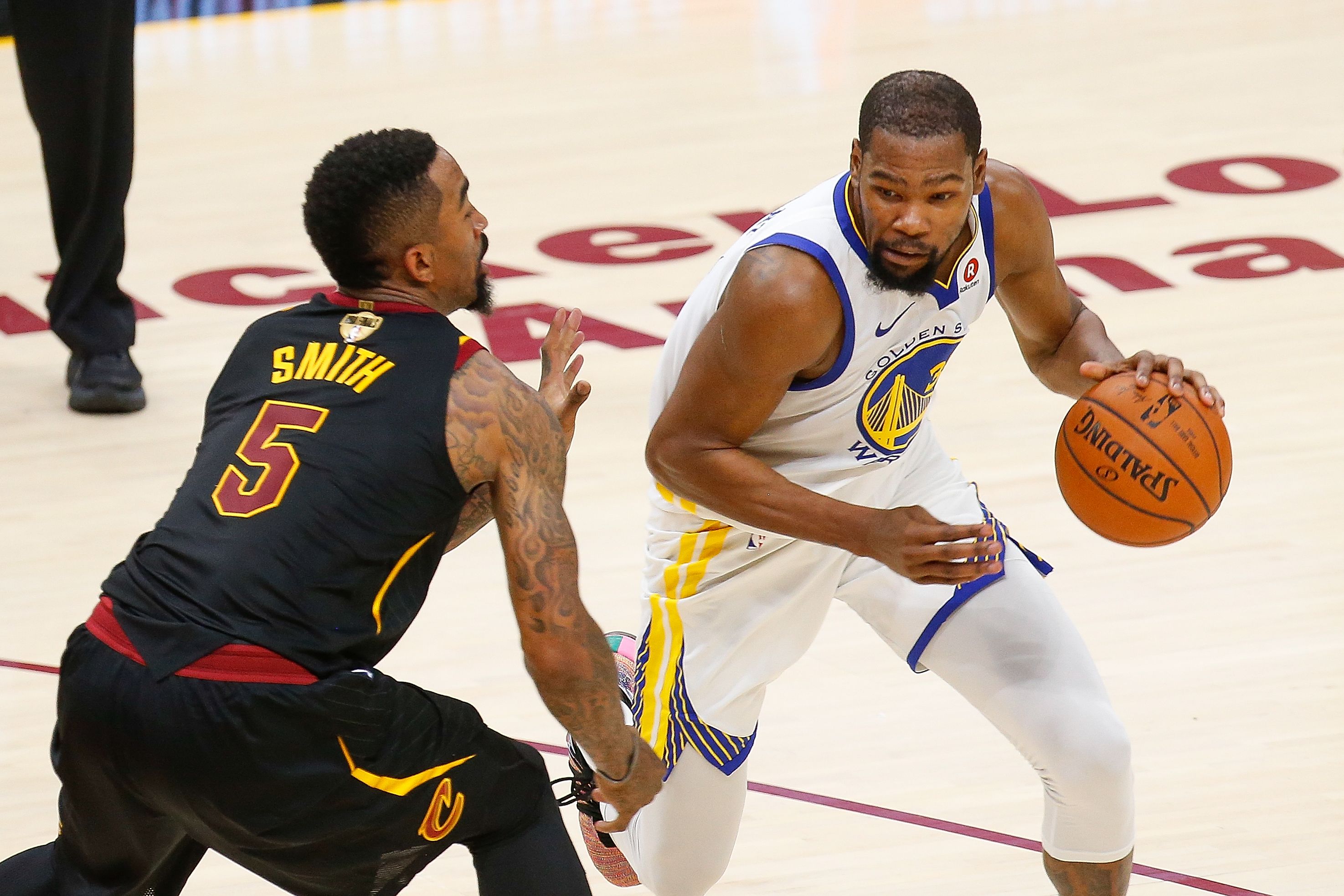 Act IV between the Warriors and Cavs featured a drama-filled and controversial Game 1. But from there on, Durant, Curry, Thompson, Green and the rest of this California crew showed why they're the game's gold standard.

And they may stay that way.

"Can't get enough of this feeling so we're going to celebrate it together," Curry said.

Not wanting to give the Cavs or their fans any hope despite the fact that no team has ever overcome a 3-0 deficit in the NBA playoffs, the Warriors built a nine-point halftime lead when Curry ignored a closeout by James and dropped a 3-pointer.

Then the league's best team tightened the screws on Cleveland in the third quarter, outscoring the Cavs 25-13 and prompting Golden State fans to begin those drawn-out "War-eee-orrss" chants that provide a perfect musical accompaniment to their 3-point barrages.

By the start of the fourth quarter, the only question was whether Curry would win his first NBA Finals MVP or if it would go to Durant for the second year in a row.

And again, it was Durant, who added 12 rebounds and 10 assists — more satisfaction and validation for a player who couldn't beat the Warriors so he joined them.

After surviving a rougher-than-usual regular season and beating top-seeded Houston in Game 7 on the road in the Western Conference finals, the Warriors withstood an overtime scare in Game 1 and joined an elite group of teams to win multiple championships in a four-year span.

Only Bill Russell's Boston Celtics, the "Showtime" Lakers and the Los Angeles squad led by Kobe and Shaq, and Michael Jordan's Chicago Bulls have been as dominant in such a short period of time.