Organized by noted Italian psychedelic rock imprint Heavy Psych Sounds, the festival first came to the Bay Area in 2018 in partnership with local show promoter and design company Subliminal SF. The epic weekend of heavy music marked the only two-day stop for the inaugural year of the U.S. edition of the festival with headliners Red Fang and Nebula along with a host of other acts taking over the Bottom of the Hill for a full weekend of loudness.

While the second edition of the festival scheduled for 2020 was derailed by the pandemic, reduced COVID concerns have allowed organizers to put together a new line-up of bands for the two-day celebration of heaviness that will take place outside at Thee Parkside on May 28-29 next year.

The festival's initial announcement was made Friday as the first wave of bands went public and limited $50 two-day early bird festival tickets went on sale. The festival's website where said tickets can be purchased also went live. In addition to the above mentioned bands, the first round of announced groups includes Los Angeles sludge-metal crew -(16)- and Portland, OR-based power trio Hippie Death Cult. 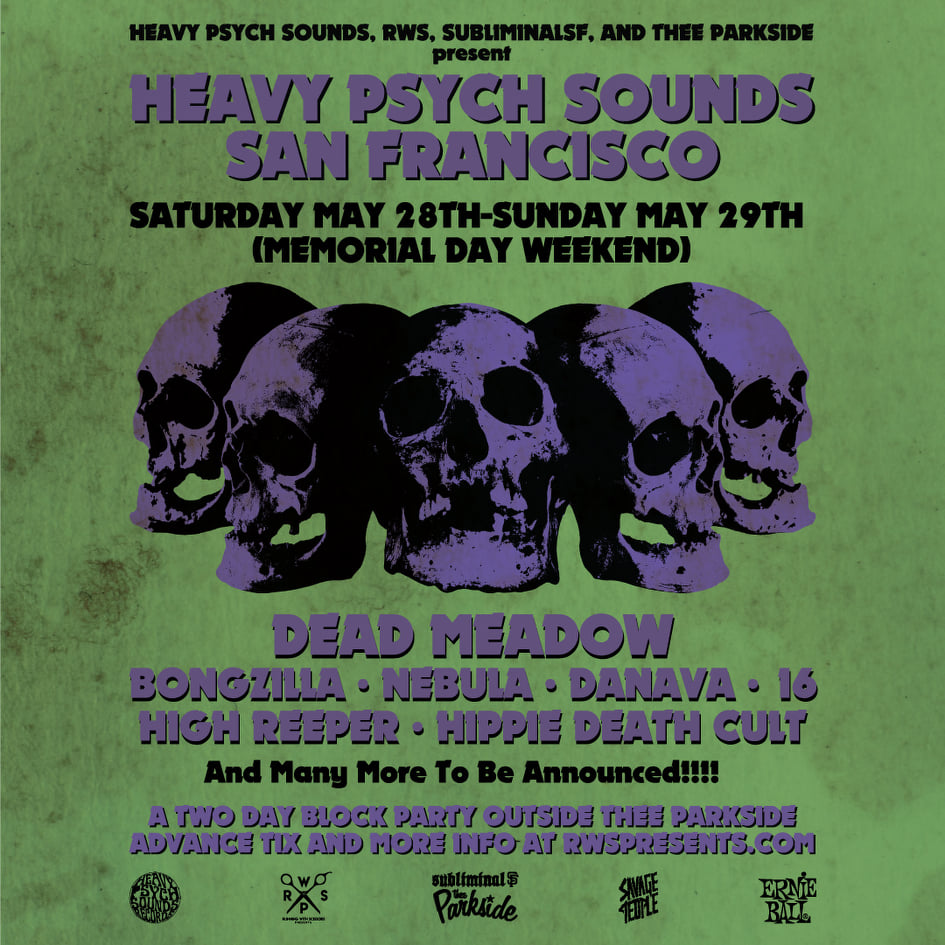 More bands will be announced in the weeks to come, with ticket prices increasing with each new announcement.