Having struck out first in the Presidio and then on Chicago's lake front, Lucas is once against trying to woo San Francisco officials to allow him to build a museum now on Treasure Island.

He is also pushing forward a plan and design for a site in Exposition Park in Los Angeles just west of the Coliseum.

Lucas has the backing of both San Francisco Mayor Ed Lee and L.A. Mayor Eric Garcetti, according to the Los Angeles Times. Both the backing of local politicians has never been a problem.

In the Presidio, his project was opposed by the powerful Presidio Trust. In Chicago, his plans were derailed by the Friends of the Parks.

Both new museum models have been designed by famed architect Ma Yansong, who counts among his award-winning projects the Absolute Towers in Canada, the Ordos Museum and Beijing's Chaoyang Park Mixed-Use in China. 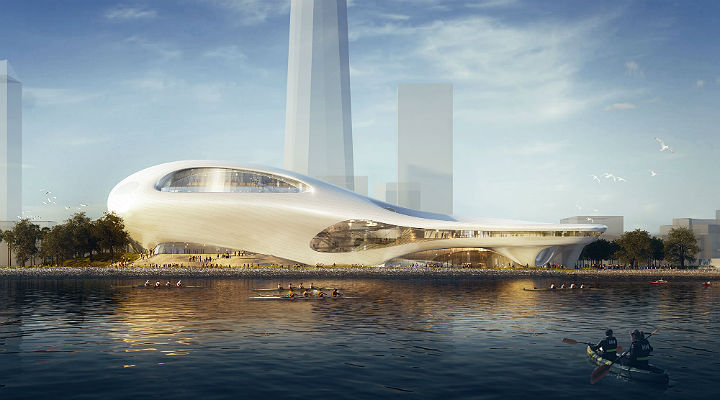 Taking into consideration the winds that buffet Treasure Island, Ma design has less outside park area than the Los Angeles project, but larger bands of windows to take in the view of the San Francisco skyline.

It would hold over 260,000 square feet of interior space – plenty of room to display his collection of Hollywood and American art.

Both projects face challenges, but Lucas is hopeful to soon have a site locked down for the museum's future home.