MORAGA (KPIX) – The pieces are all falling into place for the Saint Mary's basketball team this season, and they're falling to Jordan Ford's side of the chess board – much to his teammates' chagrin.

"People says it's the reason why I don't have friends," Ford said before he devoured Tommy Kuhse in less than 20 minutes. "I kind of ignore it and tell them, "See me on the chess board.'"

The Gaels locker room has taken a different tone since Ford, a sophomore point guard from the Sacramento area, arrived on the Moraga campus. These days it sounds more like a library.

"Some teams shoot pool or play ping pong in their locker room. We play chess," said Gaels head coach Randy Bennett who has no interest in joining the fray.

On the basketball court Ford has a striking resemblance to Steph Curry because of his rail-thin build, his flowing movement with the ball, and his number – 30. But long before he thought about emulating Curry, Ford wanted to become Bobby Fischer, the American chess player who is considered one of the best ever.

Ford was introduced to the game at the age of four by his father Cuzear, and almost immediately he found a connection. Barely out of diapers, Ford began playing adults at the local chess club.

"I was too short to see over the table," Ford said. "So they would have to put two or three chairs down for me to sit on."

Ford might not have been able to look his competition in the eye, but he was winning, and hopeful it was lead to candy after the match.

"I was worried about getting Skittles," he said.

Skittles eventually took a backseat to trophies. He captured two of them for winning a pair of state titles by time he was in the second grade. Ford was denied a third after he lost to Nicholas Nip, the prodigy out of San Francisco who became the nation's youngest chess "master" at the age of 10. 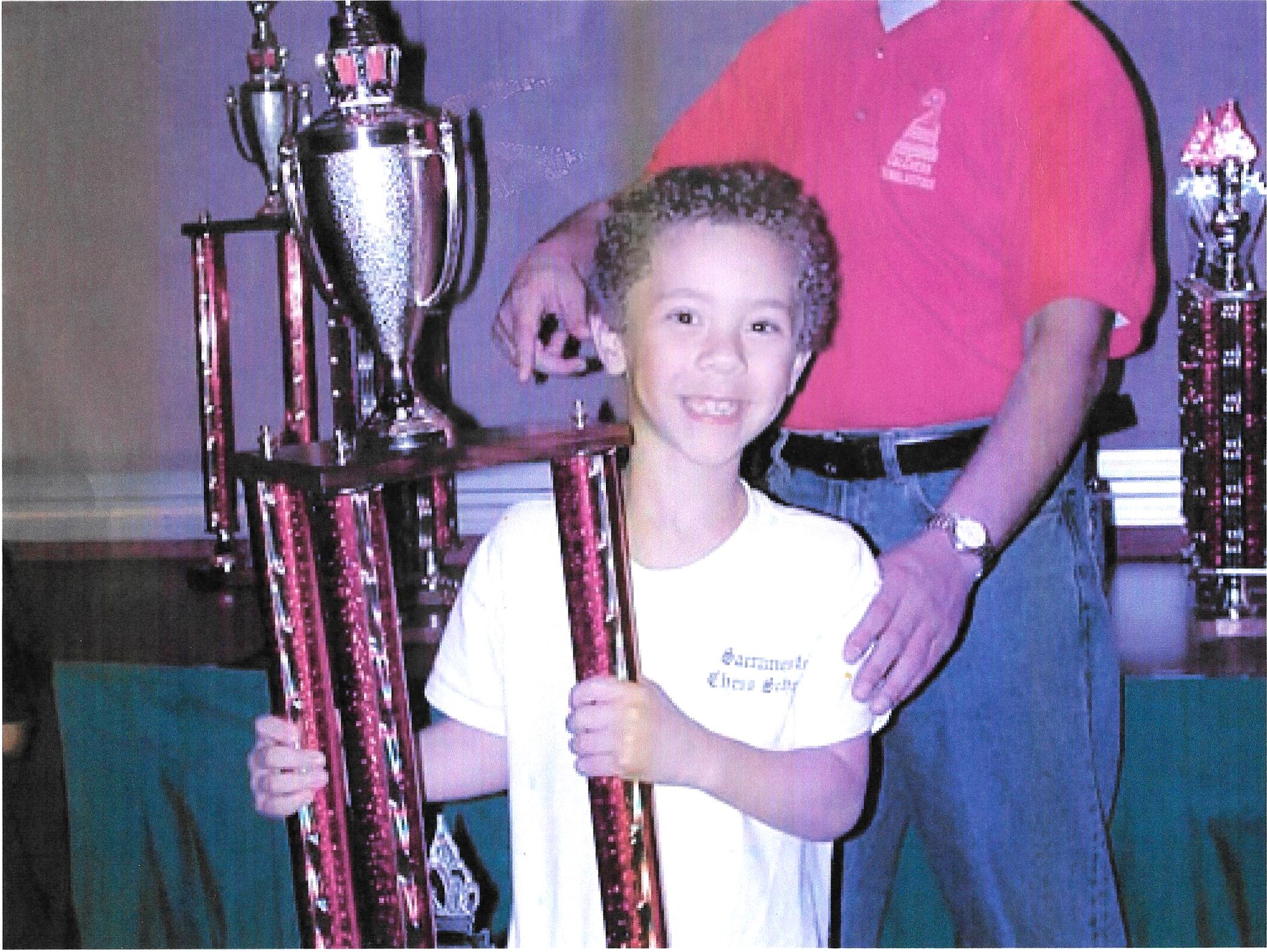 Ford says his national ranking peaked to tenth in his age group, but the prestige came with an unnatural time commitment. Instead of finger painting in preschool, Ford was studying his moves.

"I was working 30 hours a week when I was five years old," he said of the requisite tactical work it takes to remain competitive.

By time he was eight, Ford admitted he outgrew chess, choosing instead to focus on his second love – basketball. At Folsom High School he developed into one of the Sacramento area's best players. To go along with his pair of chess championships, Ford was named the Sacramento Bee's player of the year two times.

Randy Bennett is glad he made the switch.

Even Ford calls the switch from chess to basketball "one of the weirdest ever," but his love of both activities has added a new wrinkle to the Gaels locker room.

"The first thing you do is tell everyone you beat him," said his teammate Tommy Kuhse who thought Ford was embellishing his chess accomplishments when they first met. "Two time state champion? But he backed it up."

In the last two years Ford says he's only lost a couple matches in the Gaels locker room. His dominance has kept the trash talking in, well, checkmate.