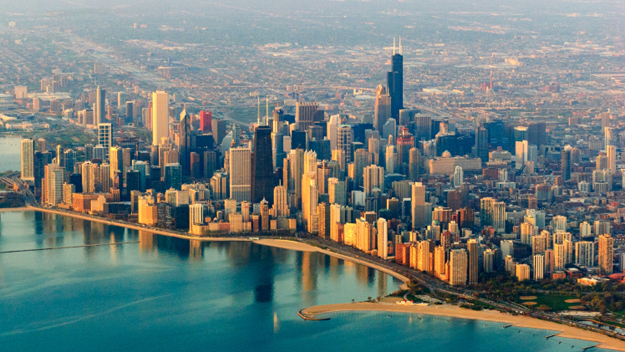 There's no doubt Chicago is one of the world greatest cities for food lovers. With more than 4,700 restaurants and 35 food festivals, including the largest food festival in the world, America's third largest city really does have something for everyone. What's more, Chicago is just one of a few U.S. destinations that offers many restaurants honored with Michelin stars, arguably the world's most prestigious restaurant honor. From passionate epicureans to even the casual food lover, here is a quick and practical food guide to the great city of Chicago.

From delicious cheap eats to sumptuous five star dining, the Lincoln Square/Ravenswood neighborhood offers something for every discerning lover of food. Bounded by the Chicago River to the west and the Uptown neighborhood to the east, this neighborhood really came alive in the past few years with the arrival of top restaurants like Goosefoot, Elizabeth and Gather. But it's also one of the best spots for outstanding lower cost fare, as well as flavorful ethnic cuisine such as Asian, Hispanic and Middle Eastern. In addition to the gourmet restaurants, other recommended dining spots include the Grafton Pub, Chicago Brauhaus, Taste of Lebanon, Taqueria El Asadero and Opart Thai House.

One of Chicago's best neighborhoods for an eclectic array of dining choices is historic Logan Square. Great restaurants are scattered across this neighborhood's map with the largest concentration on or slightly off North Milwaukee Avenue. Among the best spots favored by locals and visitors alike are the Michelin-starred Longman & Eagle, Revolution Brewing, Wasabi and Lula Cafe. But one exceptional restaurant that should not be missed for the passionate food lover is Fat Rice, a delightfully affordable Euro-Asian fusion restaurant once named one of the best new restaurants in America by Bon Appetit.

The Loop neighborhood hasn't appeared on other best of Chicago lists for food lately. However, it should, since it's easily the most visited neighborhood in the city, with premier attractions like the Art Institute of Chicago, Millennium Park, Grant Park and the iconic Willis (Sears) Tower. The visiting food enthusiast may opt to dine at the Michelin-starred Everest, one of the city's best-known and most popular restaurants. But as the second largest business district in the country, there are hundreds of spots for dining to suit anyone's budget. Other top choices include The Gage, Prime & Provisions, the Walnut Room inside Macy's and the Berghoff Restaurant, one of the oldest restaurants in Chicago. Of course, the Loop also hosts famous Chicago pizzerias like Giordano's, Lou Malnati's Pizzeria, Pizano's and Pizzeria Uno, as well as hot spots for Italian beef sandwiches like Al's Beef and Luke's Italian Beef.

River North is a vibrant neighborhood filled with many of the best shopping, dining, lodging and art galleries in Chicago. Anchored by famous attractions like the John Hancock Building and the Wrigley Building, River North boasts acclaimed restaurants like Sixteen, NAHA and Rick Bayless' Topolobampo. But the list of stellar dining experiences certainly doesn't end there. Of the more than 100 restaurants located here, other top-rated choices include Chicago Cut Steakhouse, Bavette's Bar and Boef, Sunda, Gilt Bar and Gene and Georgetti, Chicago's oldest steakhouse. River North is also not without more affordable dining, with a host of top-rated places like Portillo's, Gino's East, the must-see Green Door Tavern and the original Uno Pizzeria. One last spot near the Wrigley Building worth exploring is the original Billy Goat Tavern, best known for its legendary "Billy Goat Curse" of the Chicago Cubs.

With the presence of three Michelin starred restaurants, the West Loop may be the best food neighborhood in Chicago, especially for bon vivants. While this upscale neighborhood receives considerable attention from places like Grace, Blackbird and Sepia, the list of other outstanding dining choices seems endless. Among other notable restaurants to consider are Girl and the Goat, Next, the Publican, Carnivale, Little Goat and the landmark Lou's Mitchell's near Union Station. Several great pizzerias can also be found in the neighborhood, included two Zagat-rated spots — Lou Malnati's and Giordano's. The West Loop neighborhood is also home to major attractions like Fulton Market and the United Center, home of the Chicago Bulls and the Chicago Blackhawks.

First and foremost, above all other restaurants in Chicago is Alinea. Led by co-owner Nick Kokonas and renowned chef Grant Achatz, Alinea has been named the world's best restaurant three times, awarded three Michelin stars for six consecutive years and holds a bevy of other industry-leading awards. The ultimate experience for Chicago's visiting gourmands, the restaurant features an incomparable tasting menu comprised of 18 to 22 courses, including the famous Edible Helium Balloon. As one of the most desirable (and most expensive) restaurants in America, a reservation requires advance planning and can only be purchased via a ticketing system. Currently undergoing a major renovation, Alinea is expected to reopen in April.

Much like Alinea, Grace was destined for international acclaim right from the start. In just two years, the extraordinary restaurant went from two Michelin stars to three, making it the only other restaurant in Chicago to earn one of the restaurant industry's most coveted distinctions. Much of the credit goes to the leadership of owner-chef Curtis Duffy, whose stellar resume includes work with Grant Achatz at Alinea and two other famous Chicago restaurants — the two Michelin-starred Avenues, formerly at the Peninsula Chicago, and the beloved Charlie Trotter's. Grace offers both a Flora and Fauna tasting menu, currently with nine unique dishes and at a price that ranks among the world's most expensive.

Known for truly exceptional cuisine and sweeping city views, Sixteen is unquestionably one of Chicago's finest restaurants. Located on the 16th floor of the Trump International Hotel and Tower, the phenomenal restaurant holds a number of world class distinctions, such as two Michelin stars and AAA Five Diamond and Forbes Five Star rankings. Sixteen is led by chef Thomas Lents, whose illustrious career features work with the three Michelin starred Waterside Inn in England and Joel Robuchon at The Mansion in Las Vegas. Last year's prix fix menu was much more affordable than its three-starred competitors and was highlighted by fabulous dishes like Carolina gold rice congee and rib eye of American Wagyu beef.

Earning two Michelin stars within 10 months of its opening, 42 Grams offers one of the city's most unique dining experiences. However, it's also one of the most expensive, with the price for reservations for the Chef's Counter eclipsing many other restaurants nationwide. But the fabulous restaurant led by owner-chef Jake Bickelhaupt and his wife Alexa Welsh consistently lives up to the hype with uncompromising and truly exceptional cuisine. Hosting dinners Wednesdays through Sunday, 42 Grams offers two seating arrangements with a staggered seating system: a Chef's Counter for up to eight guests and a Communal Table for up to 10. While chef Bickelhaupt's tasting menu yields one lavish creation after each other, there is no concession to guests with any food allergies. However, because 42 Grams is a BYOB restaurant, guests can bring their own preferred bottle of wine or six-pack of beer at a far lesser cost than what's expected at a similarly priced restaurant.

Last year, Acadia was elevated to Michelin two star status, making this South Loop restaurant the newest to reach this distinction. Heading the creative team is chef Ryan McCaskey, whose extensive culinary resume includes work at Grant Achatz's, former endeavor Trio with James Beard, and with award-winning chef Rick Tramonto at the Michelin starred Tru. Acadia offers a convenient bar menu, along with its signature five or 10-course tasting menu and exceptional wine menu. First-time guests can expect a singular dining experience of up to two hours for the five-course menu and up to three hours for the 10-course masterwork.

Best Of The Rest